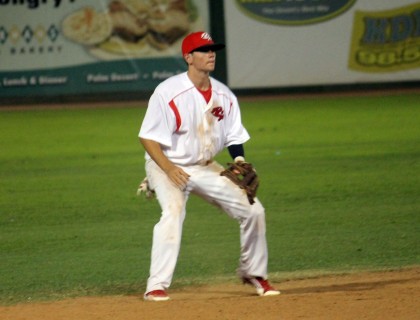 Baker allowed just two unearned runs on seven hits with five strikeouts and didn’t walk a batter to pick up the win. He is now 13-0 in two seasons as a member of the POWER.

Closer Edgar Gomez shut the door, retiring six straight Force hitters in the eighth and ninth innings for his third save of the season. The play of the game came in the eighth inning when Young made a leaping catch and doubled off the runner at second base to get out of a jam. Gomez’s ERA is down to just 0.67 this summer.

The two teams will face-off again Saturday night at Palm Springs Stadium, which will serve as Cancer Awareness Night at the ballpark. First pitch is scheduled for 7:05 p.m.