PALM SPRINGS, Calif. – The Palm Springs Power move to 23-0 on the season after a closely contested matchup against the San Diego Force. The Power secured the 5-2 victory after scoring all five runs in the first four innings. A two run inning by the Force put the pressure on the Power, but they remained cool, keeping the Force scoreless for the last three innings.

Landon Barns Controlled the plate, going 2-4 with one run scored. Barns also made an impact in the field where he played both second and third base. Jeremy Gaines also lit it up for the Power, contributing a single and a double on his 2-4 night.

Pitcher, Jack Jett kept his impressive 1.73 ERA in tact as he gave up six hits and no earned runs in his five strikeout performance. The Power relievers also lived up to expectations as Justin Watland and Michael Sebby came in to throw a combined three innings. The pair gave up just two hits and added another five strikeouts to the staff’s total.

The Power have an off day on Thursday, but will return back to action on Friday to face off against the California Jays in their first matchup of the season for Republican Night. 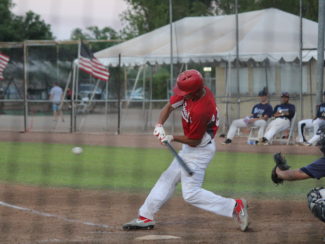 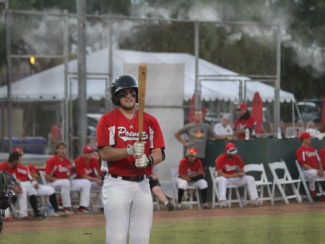