POWER to take on Riptide in SCCBL Championship Series this Friday 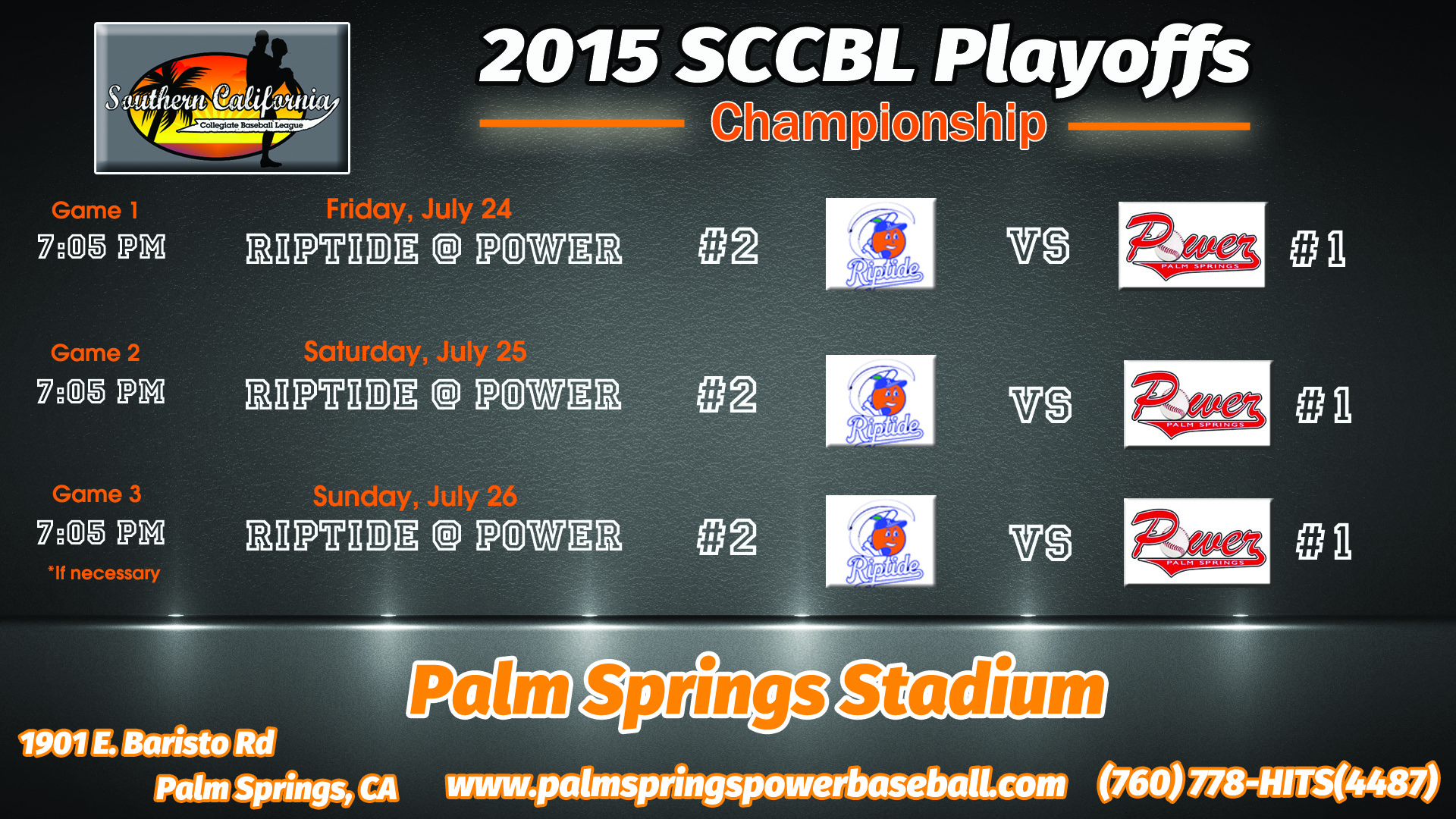 PALM SPRINGS, Calif. – The POWER advanced to the SCCBL Championship Series after shutting out the Inland Valley Pirates in Wednesday’s thrilling 1-0 victory.

Keaton “Dinner Time” Cenatiempo was magnificent on the hill, yet again, throwing a complete game shutout while striking out eight Pirate batters.

The POWER continue their quest for seven SCCBL Championships with a three-game series against the second seed in the standings, the OC Riptide.

The POWER will have their tall righty and strikeout leader, Tyler Wells, on the mound, while the Riptide will counter with Eric Carter in game one.

Fans will be treated to a pitching duel in game two, as both teams will be starting candidates for the SCCBL Pitcher of the Year award; “Mr. Perfect” Luke Barker for the POWER and Cassius Hamm for the Riptide.

All three games of the SCCBL Championship will be played at Palm Springs Stadium, with each game starting at 7:05 pm and gates opening at 6:00 pm.

This series is lined up to be one of the most competitive in SCCBL history, so make sure to be a part of it here at Palm Springs Stadium this weekend! 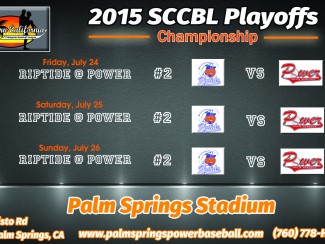