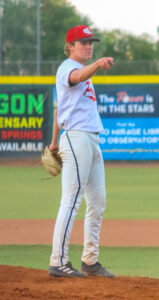 The Palm Springs POWER knocked off Southern Nevada 7-0 Friday night to win its seventh game in a row and improve to 10-2 this summer. Brett Finnel earned his second consecutive victory on the mound in as many tries. He pitched seven shutout innings after recording six shutout innings a week ago. Finnel scattered four hits, four walks, and he struck out twelve Southern Nevada hitters. Evan Berkey recorded three, scored once, and drove in a run in his Power debut. Anthony Angel Jr. keyed a three-run fifth inning with a two-run triple off the right field wall to put the game away.

The POWER are back at it tomorrow night at a special time of 5:00PM against Southern Nevada. Be sure to stick around post-game for the greatest little show around, MicroMania Wrestling! Immediately following the game, a ring will be set up at home plate and all the stars of MicroMania Wrestling will take part in matches and a special Battle Royale! Gates will open at 4:00PM so be sure to get here early for POWER Baseball and MicroMania Wrestling! 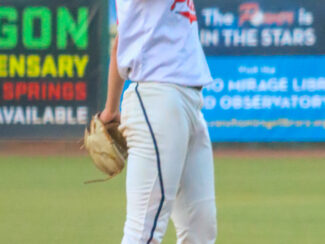