POWER rally late to earn 20th victory in a row! 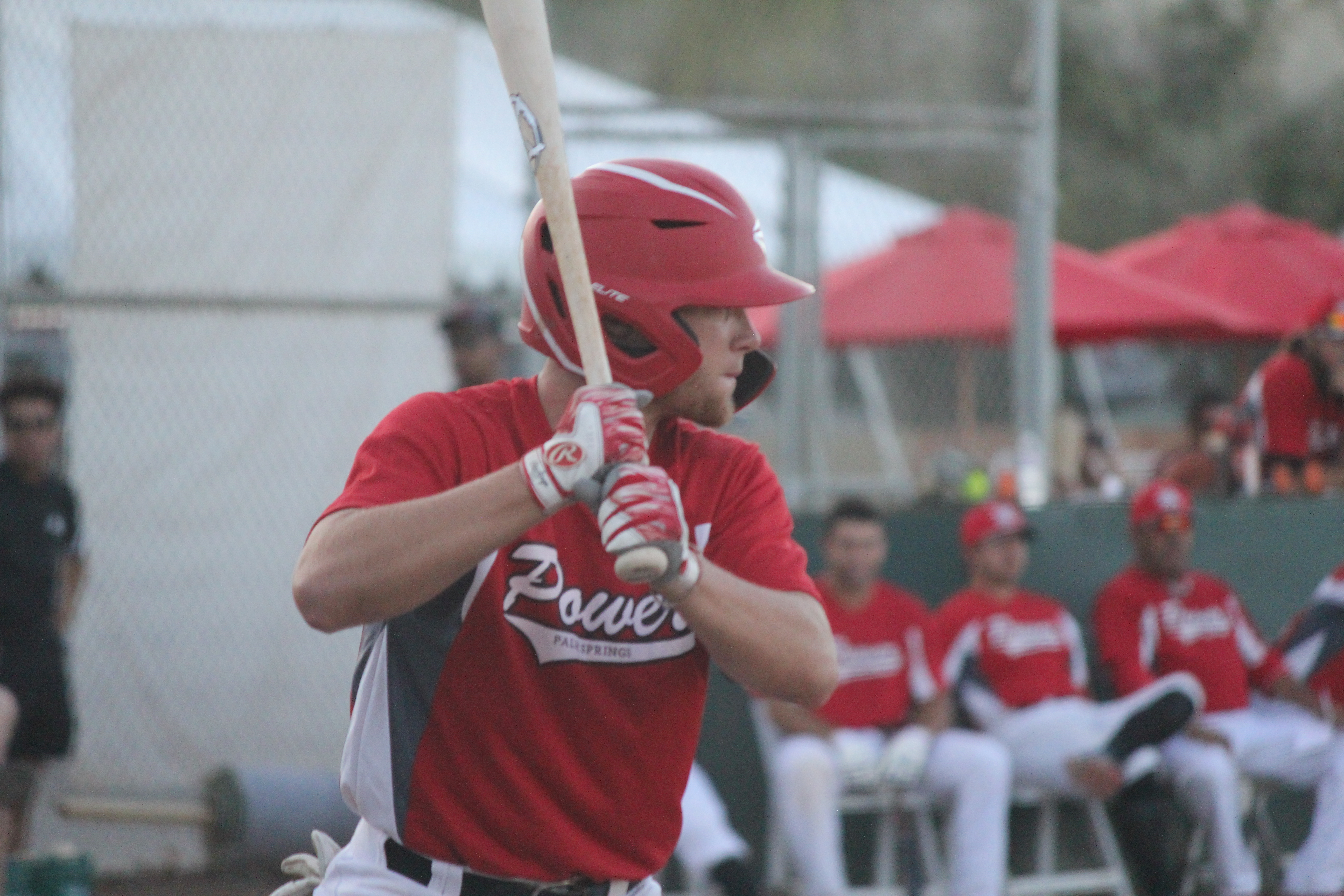 Palm Springs, Calif.~The POWER earned their 20th straight victory to continue their historic season after beating the Inland Valley Pirates 7-5 on Saturday night. The POWER tacked on an early 3 run lead in the second inning beginning with a double by Josh Prizina to lead off the inning. The scoring didn’t stop there, as Jayden Kiernan lead off the 4th inning with a solo shot into straight away center field to push the POWER lead 4-0. However, in the 4th inning the Inland Valley Pirates began to cut the deficit to only 2 and finally claimed the lead in a big 3 run 6th inning. Going into the 7th inning the POWER, once again needed some late inning heroics to topple the Pirates, and they delivered! A huge 3 run bottom of the 7th inning began with Jeremy Gaines reaching on an error, then four straight singles from Jayden Kiernan, Josh Prizina, Matt Green and Jacob Talamante helped to put the POWER back on top and stay on top in route to their 20th straight victory.

On the mound for the POWER, starter Jake Dahle tossed 5 2/3 innings along with 7 strikeouts before Michael Sebby relieved him on the mound in the 6th tossing 2 2/3 innings with 4 strikeouts. Darin May earned his second save on the season striking out all three batters he faced to secure the 7-5 victory in the 9th inning. The POWER will look to sweep the Inland Valley Pirates in the final game of this 3 game series at 7:05 PM.

Sunday is Sunday fun day at the stadium where every fan that attends the game can enjoy $2 Bud and Bud Light Pints, $2 Ice Cream and free bounce house for the kids!