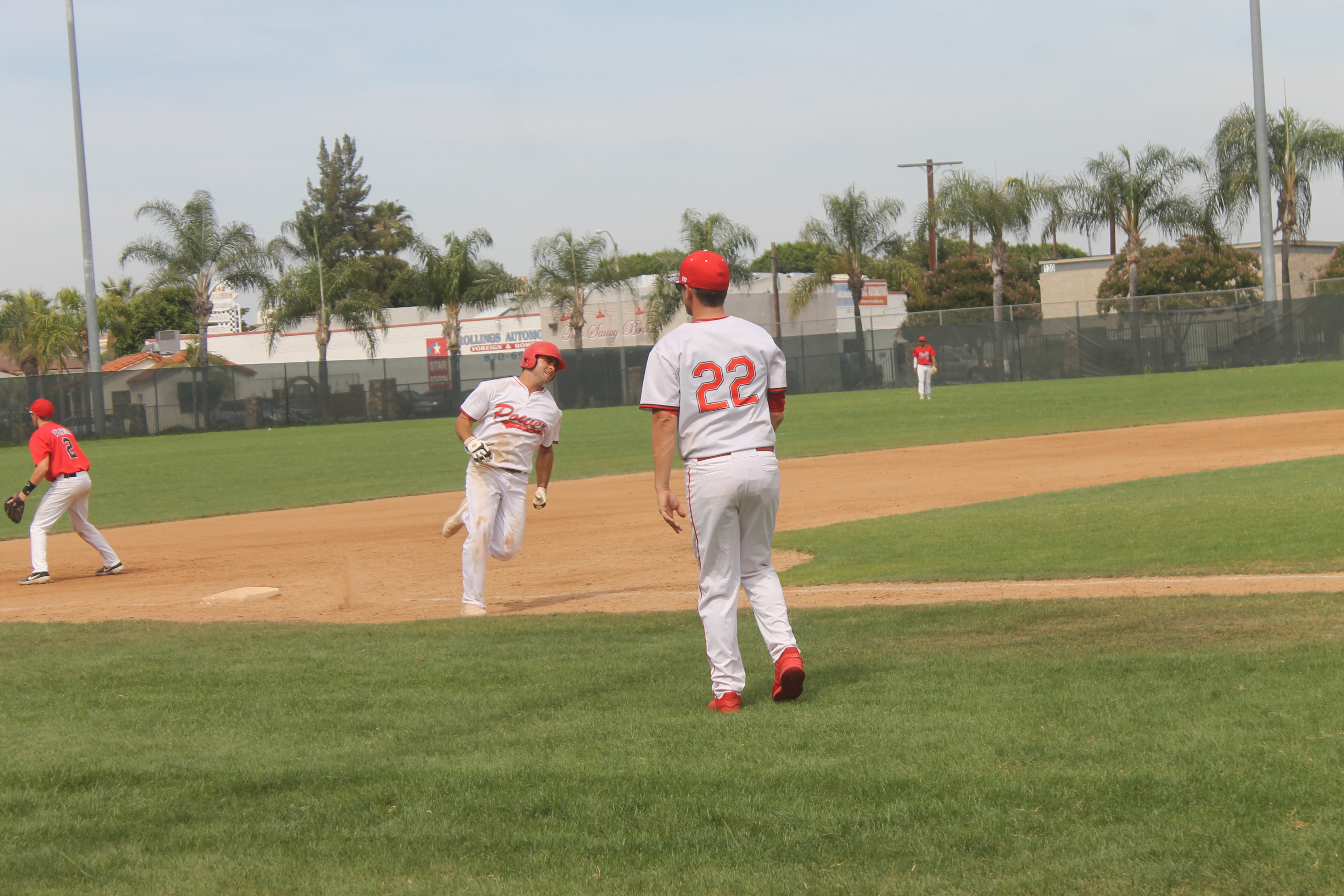 PALM SPRINGS, CALIF~ The POWER hit the road for a double header against conference opponent the Inland Valley Pirates on Monday.

In game 1 the POWER offense continued it’s dominating ways in the 6-1 victory. Brett Young lead the charge going 3 for 5 with 3 singles and 2 stolen bases. Josh Prizina reclaimed his team home run lead by leading off the 4th inning by launching his second home run into left field. Steve Boscia topped off game 1 with a solid performance on the mound tossing 6 innings and striking out 5.

In game 2 the POWER found themselves down throughout most of the game. The Pirates jumped out to an early 4-0 lead going into the 3rd inning but that lead was cut in half thanks to a 2 run blast by Blake Daniels. Going into the 7th inning the POWER needed a late rally and they received it with a 5 run top of the 7th inning to take the lead 7 to 5. Landen Barns hit a line drive home run to left field to tack on 2 more insurance runs in the 8th inning. Dustin Comeau sealed the victory in the 9th inning by striking out the side, earning the save and improving the POWER to 10-0 on the season.

The POWER will be back at home on Tuesday looking for the sweep against the Inland Valley Pirates at 7:05 PM. For those headed to the ballpark to watch the game, every Tuesday is $2 Tuesdays where you can enjoy $2 Bud and Bud Light Pints!