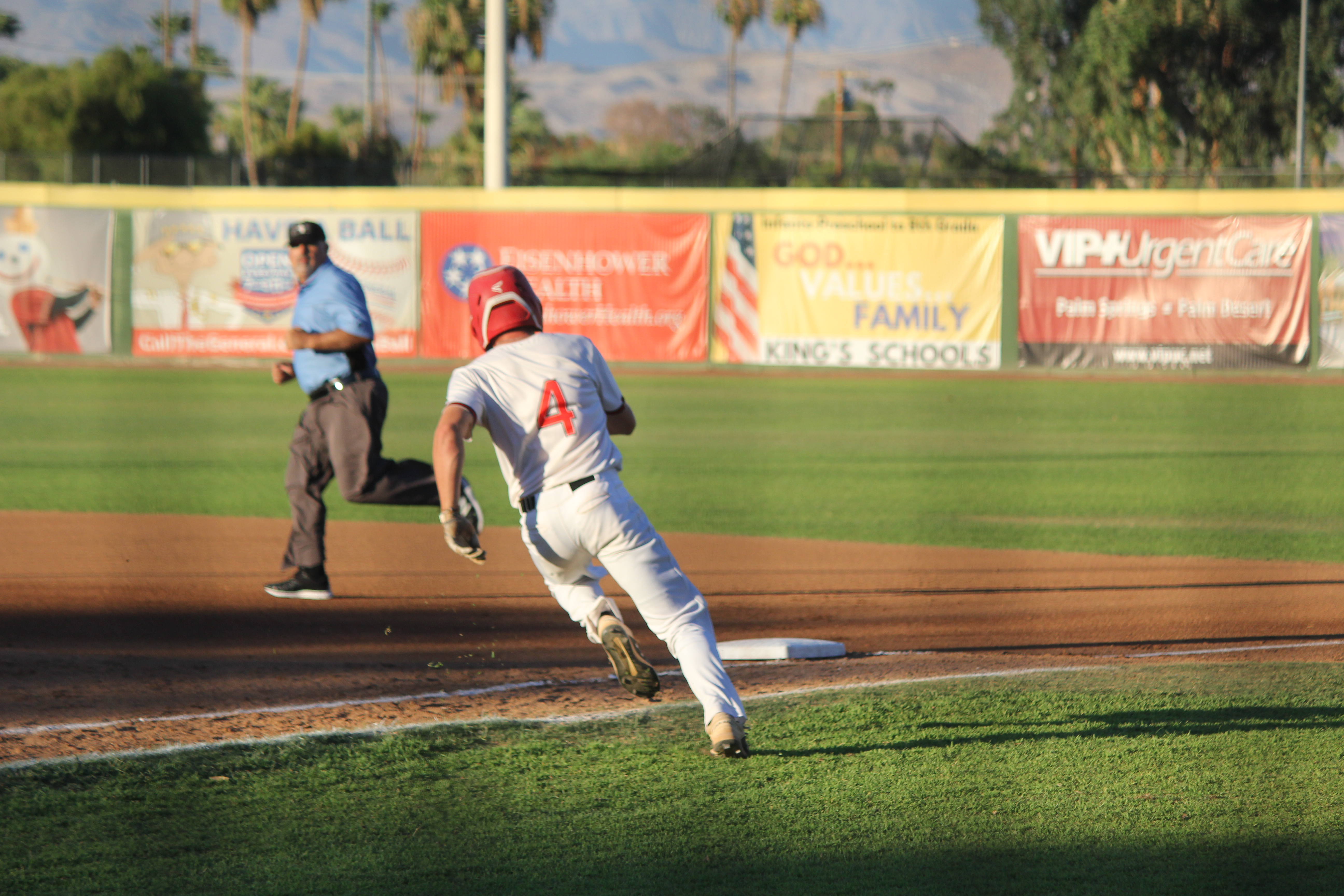 PALM SPRINGS, Calif. ~ After a couple of out-of-conference losses to finish off a 36-2 regular season for the Palm Springs POWER, they returned to dominance as they dealt the So Cal Stros a 12-3 loss in the first semi-final bout of the 2019 SCCBL Playoffs.

Jack Jett started on the bump for the POWER and dealt 4 Ks over four and a third innings before Michael Sebby and Justin Watland turned in shutout outings on the mound, with 7 Ks of their own.

Down 3-2 in the middle of the ballgame, the POWER bats sprung to life in the top of the sixth inning for six across on six hits, earning a 9-3 lead from which the POWER never looked back.

Brett Young was the sole walk among those batters, and finished the night 3-for-4 with a triple and two runs scored. Matt Green started the sixth-inning hit streak with a single before smoking a jack out to left-center in the seventh inning. Green completed his first playoff appearances three-for-five, just a triple away from achieving the cycle. Jayden Kiernan logged a supportive performance as well, knocking in three runs on two singles and a double in a three-for-five outing.

The POWER look to clinch their spot in the SCCBL Championship this weekend with a win tomorrow night at home against the SoCal Stros for a second time. Join us here at Palm Springs Stadium for a 7:05 first pitch to cheer on YOUR 37-2 POWER!