PALM SPRINGS, Calif.- The Palm Springs Power secure their 29th win of the season and remain undefeated off a three run walk-off homerun by Trevor McKinley. It was a back and forth game throughout as the OC Legends started acquiring a four run lead going into the bottom of the fifth inning. The Power answered back and surpassed the lead, scoring nine runs in the in the middle innings. A four run lead was not enough for the Power, as a Grand Slam by Pierson Loska tied things up in the top of the ninth. With two runners on, McKinley launched a nuke into left-center to secure the second walk off win in two days for the Power.

The three run homer wasn’t the start of the night however for McKinley as he went 3-5, recording a whopping eight RBIs. Second baseman, Hobbs Nyberg, started out hot as well, batting 2-4 with a pair of singles, two runs scored and an RBI.

Starting pitcher, Justin Watland, got off to a bumpy start, but found his groove in the second inning. Through five innings pitched, he gave up four hits, four earned runs and recorded a personal best of ten strikeouts. Jesus Chavez put up a strong relief effort, pitching three innings with four hits, one earned run and contributing four more strike outs. Overall, the Power pitching unit sat down 16 batters via strike out.

The Power will have an off day tomorrow, but will be back in action of the 4th of July as they faceoff against the Palm Springs Collegiate League All-Stars. Gates will open at 4:30PM and first pitch will be planned for 6:05PM. The game will also be followed  with a firework show for all in attendance. 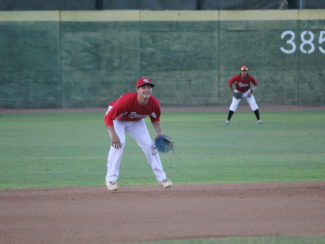 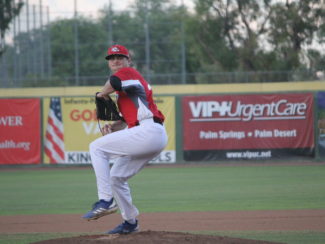