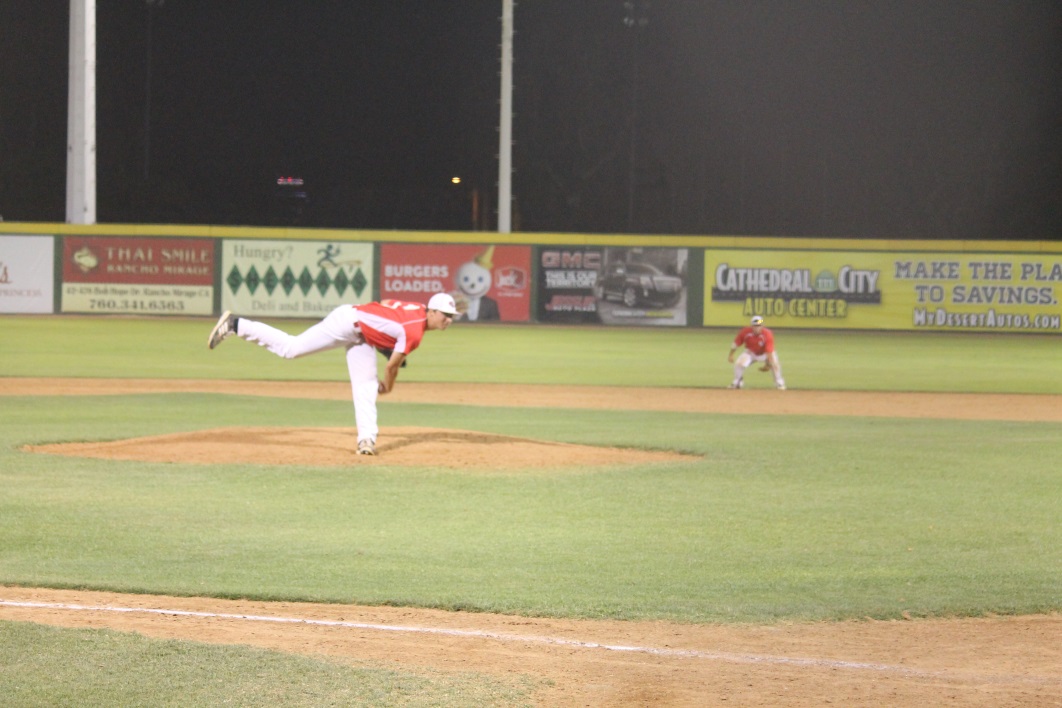 The POWER stayed perfect on the season tonight as they won their game tonight by a score of 7-3. The POWER’s record improves to 7-0 while the Knicks dropped to 0-2. The Knicks drew first blood in the top of the 2nd inning as Jackson Stogner knocked in a baserunner with two men out but the POWER would not be denied. After tying the game in the bottom of the 3rd inning, the POWER’s bats came roaring back in the bottom 5th inning. With two men in scoring position and one man out, outfielder Nate Pollock broke out of his mini-slump with a huge two run triple to give the POWER a two run lead. But the hits wouldn’t end there. Newly acquired 3B Jordan Zimmerman roped his first hit into left field to give the POWER a three run lead which was also Zimmerman’s first RBI of the season. The POWER would later tack on one more run in the 5th courtesy of AJ Young to open the lead up to 5-1. But the POWER wouldn’t be deterred. They scored two more runs in the home half of the 6th inning and the Knicks countered with two of their own in the visiting half of the 7th. All in all, outfielder Nate Pollock went 4-for-5 with three singles and one triple. He scored twice and drove in two runs. Pollock also chipped in a stolen base. Zimmerman, who was playing his first game in a POWER uniform, went 2-4 with two singles, two RBIS and a walk. Talking about his approach tonight Zimmerman said, “I was just looking for a fastball up that I could drive. I got that a couple times and I took advantage of it”.

To conclude the weekend, the POWER will play the OC Bulldogs tomorrow night. First pitch is scheduled for 7:05. Starter Morgan Earman will try to regain his no hit stuff as he was throwing a no hitter before having to come out last Sunday on a technicality. It is also backpack give away night tomorrow for the first 200 fans that come to the game.

Power Rally in the 8th to Beat the Knicks