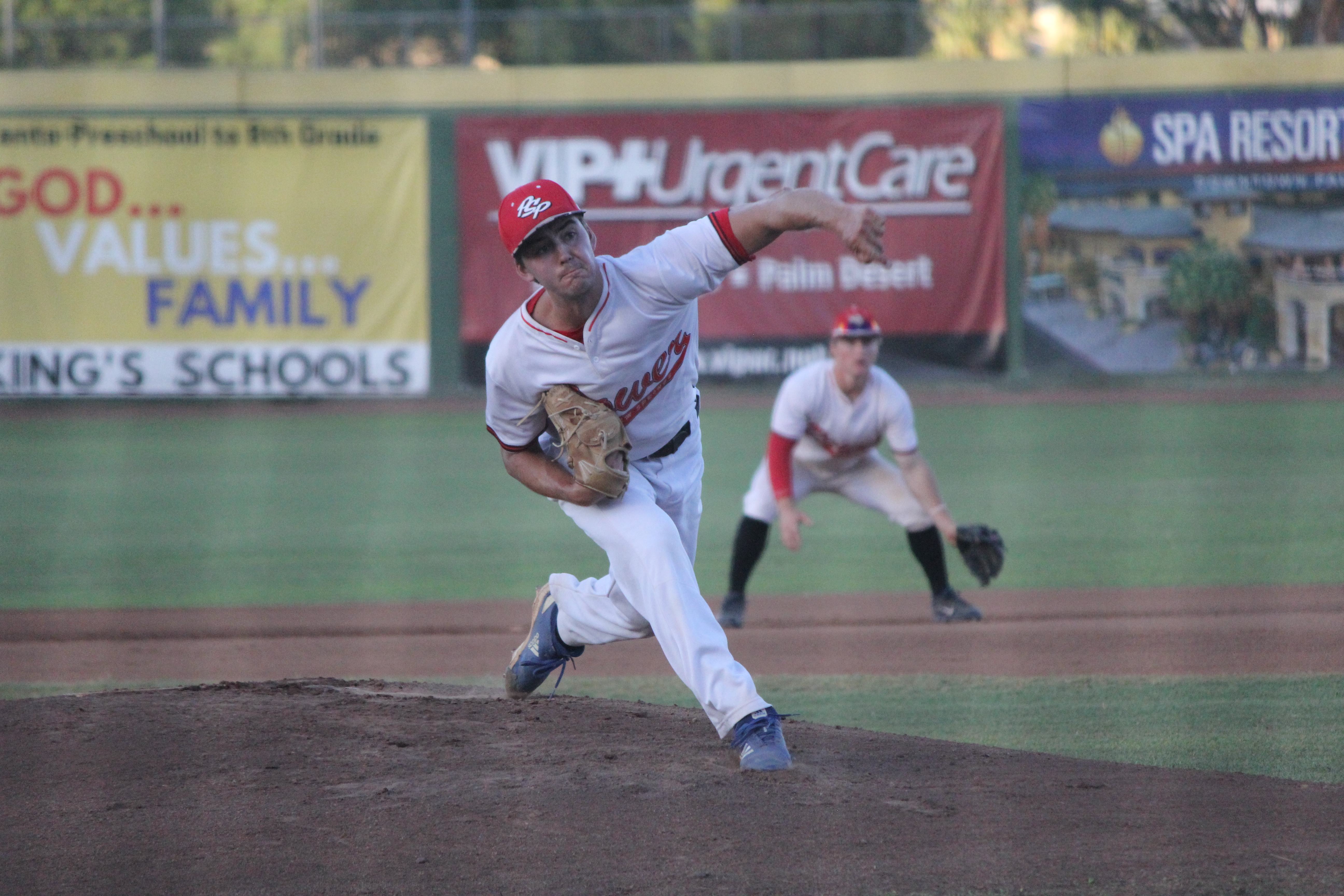 PALM SPRINGS, Calif. – The Palm Springs Power capture their 28th straight win in dramatic fashion with a walk-off single by Brendan Avventino. It was a close game throughout, but the SoCal Stros tied the game up at 3-3 going into the ninth inning. After Peter Abinanti reached base with a single and moved to second on a wild pitch, Avventino drove him in for the Power’s second walk-off win this week. The final score 4-3.

Abinanti impressed at the plate once again, going 4-5 with four singles and scoring two runs. He is now 8-10 at the dish in his last two starts. Blake Daniels and Brendan Avventino also impressed, both going 2-4 on the night .

Josh Candau got the start for the Power going six complete innings, giving up five hits, two earned runs and striking out eight batters. Closer Darin May dazzled once again, appearing in the final two innings, and allowing no hits with three strikeouts. May secured the win and the save for the Power as they remain undefeated on the season.

The Power are back in action tomorrow night at home as they face off against the OC Legends on $2 dollar Tuesday at Palm Springs Stadium, featuring $2 Bud/Bud Light drafts and $2 hotdogs.