After finishing the SCCBL season with a 16-4 record, the POWER clinched the No. 1 seed in the playoffs and will begin their best-of-three series against the Long Beach Legends.

The POWER and the Legends split their season series winning two games apiece, so come out to the ballpark and watch these rivals settle the score. 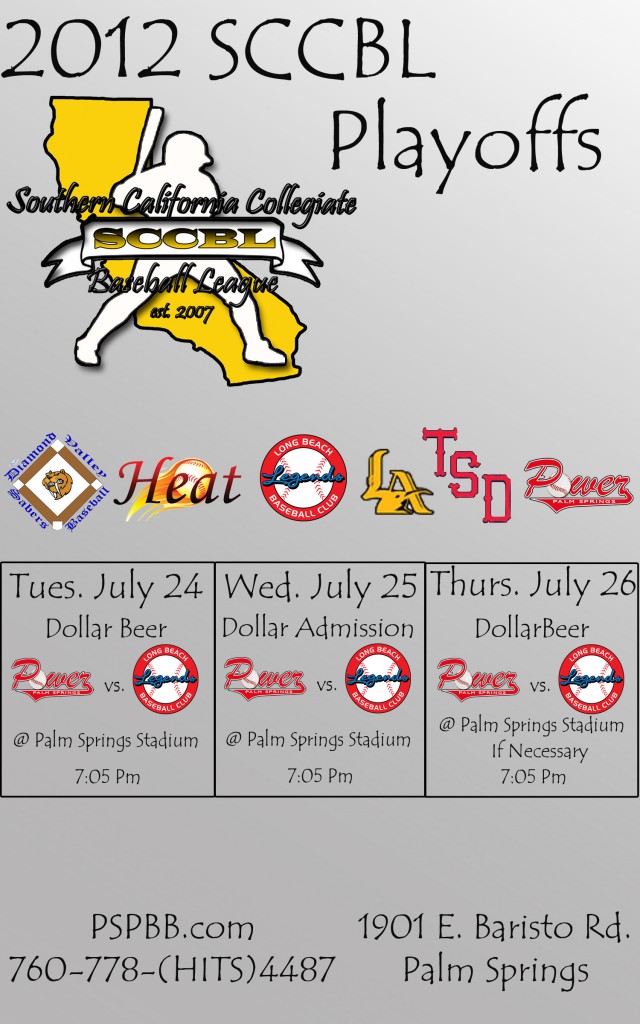