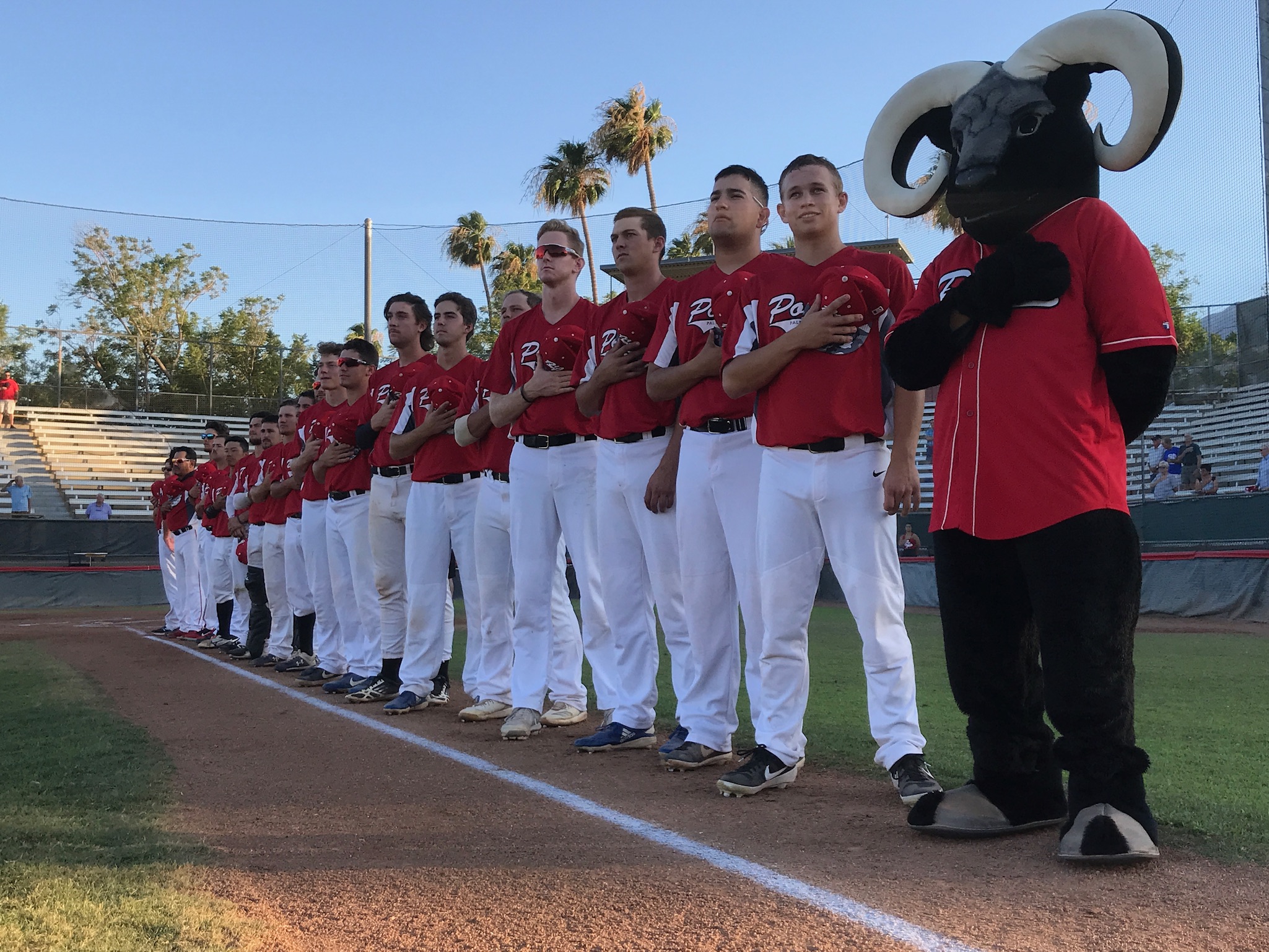 Palm Springs, Calif. – In late July, the Palm Springs Power completed their 16thseason of play in Palm Springs. Not only did the Power capture their ninth Southern California Collegiate Baseball League title, but the team also had an overall season that will be remembered for years to come.

This 2019 Power team established themselves as being one of the best teams in franchise history with the 36 – 0 start they ran with. The first loss of the season did not come until July 12th. The first big moment of the season was on Wednesday, June 19th, when the Power surpassed a record set by the 2006 Power team – achieving the 18 wins in a row milestone after the defeat of the SoCal Sparrows. There was also a stretch of games, three in one week to be exact, when the Power would clinch a victory on a walkoff. Fans are still reminiscing on the monster homerun by Trevor McKinley.

As a team, the Power put up impressive numbers both offensively and defensively. Offensively, the Power combined for 379 runs, on 461 total hits. 88 of those hits were doubles, 23 triples, and 13 homeruns. The Power recorded 280 RBI.

While the team shined on the field, the Power staff put together an entertainment schedule that kept Palm Springs Stadium lively and fun all summer long! Interns came from all over the country to gain experience of the baseball business first hand. Our 13 interns represented many different universities from all over the country such as the University of Florida, Cal, Georgetown, Grand Canyon University, and New Mexico State, to just name a few.

Our staff celebrated youth baseball leagues across the desert, the beautiful communities that comprise the Coachella Valley, The Living Desert, our law enforcement and first responders, and our veterans in the valley, and many more. This was a year of community at Palm Springs Power games and it was wonderful to celebrate all season long. The Power front office, staff, and team, welcomed over 18,000 fans to Palm Springs Stadium this season.

Fourth of July was another electric celebration at the ballpark. Over 6,600 fans walked into Palm Springs Stadium to see the Power take on the All – Stars of the Palm Springs Collegiate League. This was the highest attendance recorded in the last few seasons.  The Power brought the win home and all of Palm Springs gathered on the field and enjoyed a fireworks show post game.

As the season concluded, many of the Power players were recognized for outstanding play across the season. Travis Booth, Matt Green, Jack Jett, Jayden Kiernan, Darin May, Hobbs Nyberg, and Michael Sebby.  Brett Young was named 2019 SCCBL Player of the Year. Young earns the honor after being the most consistent hitter in the league with 45 hits, and 38 runs. He ended the season with a .369 batting average. He also led the conference with 23 stolen bases.

The accolades did not stop there. Three Power players were promoted to professional baseball at the beginning and conclusion of the Power season. Seth Hougesen, Darin May, and Hayden Schilling all found a home with the Gary SouthShore RailCats of the American Association.

The finale of the 2019 season was the cap on top of a storybook season. The Power captured their ninth SCCBL championship when they defeated the 2018 SCCBL Champion, San Diego Force. This 2019 Power team cemented themselves as being one of the best teams in franchise history.

The Palm Springs Power Front Office, staff, coaches, and players thank all of the fans who supported us all season long! 2019 was an unforgettable year, one we all will certainly remember! We will see you all in 2020, looking to defeat our title and keep that championship here in Palm Springs!