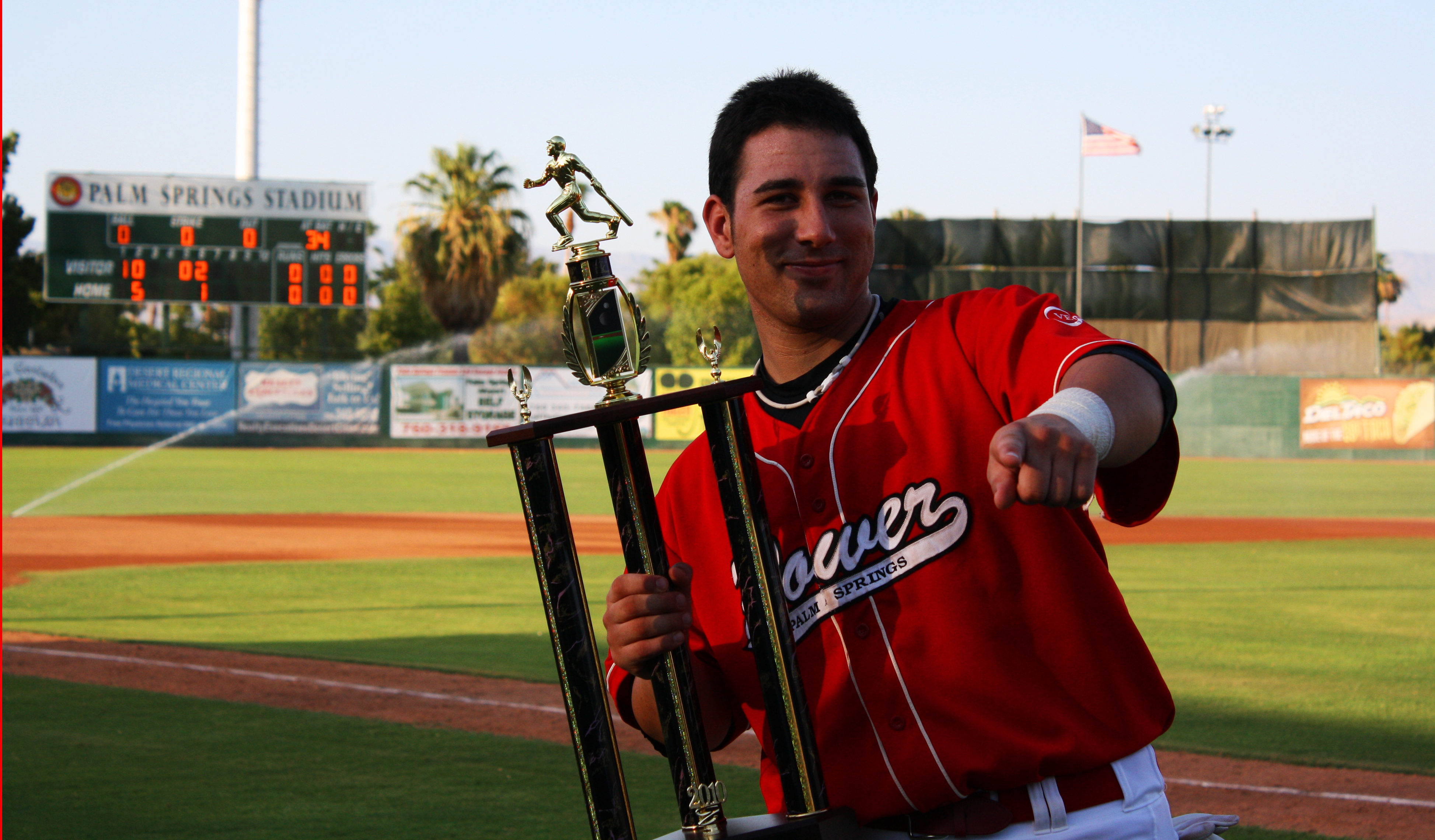 Palm Springs, CA – The Southern California Collegiate Baseball League defeated Team San Diego at Palm Springs Stadium on Saturday night for the All-Star Title.  In a match-up between two All-Star teams, the game lived up to its close billing.  The SCCBL was able to win the game in the eighth inning with a run to take the lead, and held off Team San Diego in the ninth for the victory.

POWER first baseman John Haberman drove in a run in the seventh inning with a double to tie the game.  POWER ace Aaron Brooks pitched two innings in the All-Star game without allowing a hit and struck out one.  Another POWER pitcher Kayvon Bahramzadeh pitched an inning and struck out two.  Corey Black pitched the eighth and ninth inning for the SCCBL and struck outcf four to pick up the win.  The POWER had three starters in the All-Star Game:  centerfielder Brett Christopher, third baseman Chett Zeise, and catcher Chris LeFay.

The POWER would like to thank all of their supportive fans in the Coachella Valley for another great season.  The POWER ended the season with a record of 34-4.  All baseball fans should know the California Winter League season will begin in February.