The POWER finished first in the Southern California Collegiate Baseball League with a record of 16-4 and swept the Long Beach Legends two games to none in the championship series.

East LA took the top spot in the Orange County Collegiate League dominating the regular season with a record of 18-6.

The best-of-three series starts on Wednesday, August 1 at 7:05 p.m. at Palm Springs Stadium. 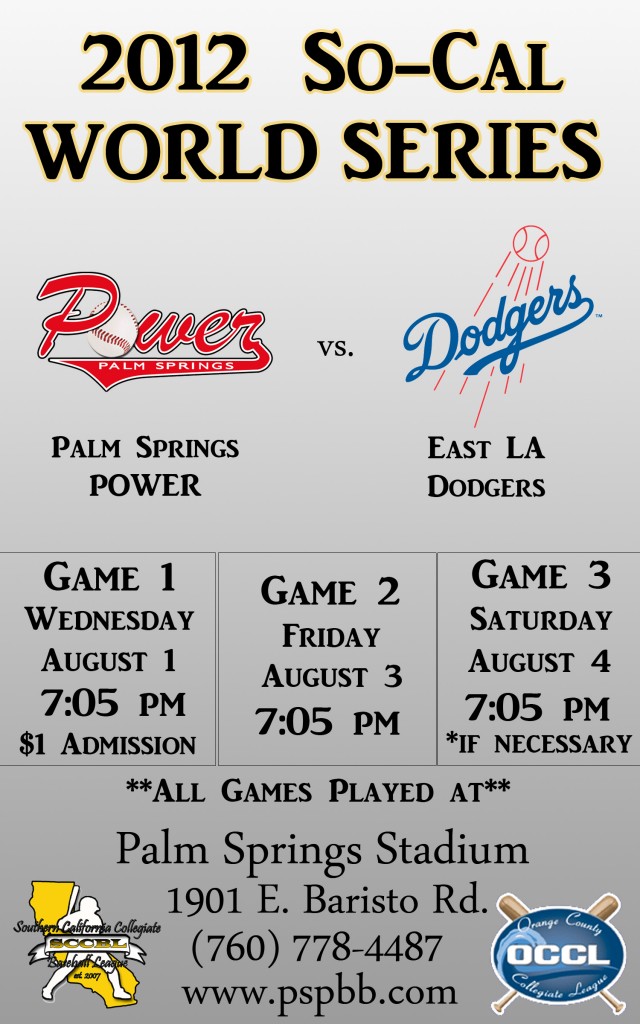