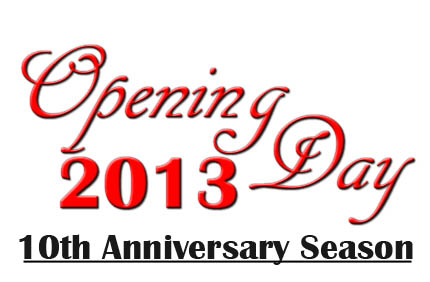 Coming off back-to-back league championships, the Palm Springs POWER are primed to begin the defense of their So-Cal Collegiate Baseball League crown in 2013.

Anthony Torres leads a class of five returning players to the POWER. Torres finished the 2012 season as the SCCBL’s leading hitter, posting a .412 batting average. The catcher also ranked among the league leaders in triples (4).

First-baseman Ryan Jones also returns for his third season in the Coachella Valley. Jones led the POWER in home runs in 2012 while posting a .330 BA. The Arizona Christian player will be looking to go three-for-three in titles, having helped the POWER to the SCCBL crown his previous two seasons.

Returning to the mound for Palm Springs is Ryan DeJesus. The southpaw finished the 2012 season with a team-high eight wins and posted an earned run average of 1.26. Also returning for the POWER are Doug Finley from the College of the Desert, and Chad Clark from Indiana University.

The first game of the 2013 campaign will take place on Friday, May 31, when the POWER host the Tucson Nationals at Palm Springs Stadium. Every Friday game in the 2013 season is Dollar Beer Friday, with $1 Budweiser and Bud Light drafts.

Don’t forget Saturday is Kid’s Day all season long, with $2 admission for children 12 and under, while the first 150 fans in attendance on Sundays will receive POWER giveaways, such as t-shirts, hats and more. A complete listing of giveaways and weekly promotions can be found here.

For ticket information, contact the POWER ticket office at (760) 778-HITS. If you can’t make it to the ballpark just tune your radio to TEAM 1010 KXPS or go online to palmspringspowerbaseball.com and click “Listen Live.”

With a team stocked full of talent and a schedule full of fun, the POWER’s 10th anniversary season is sure to be a memorable one. Come out to the ballpark and help us celebrate 10 years of baseball in the desert! 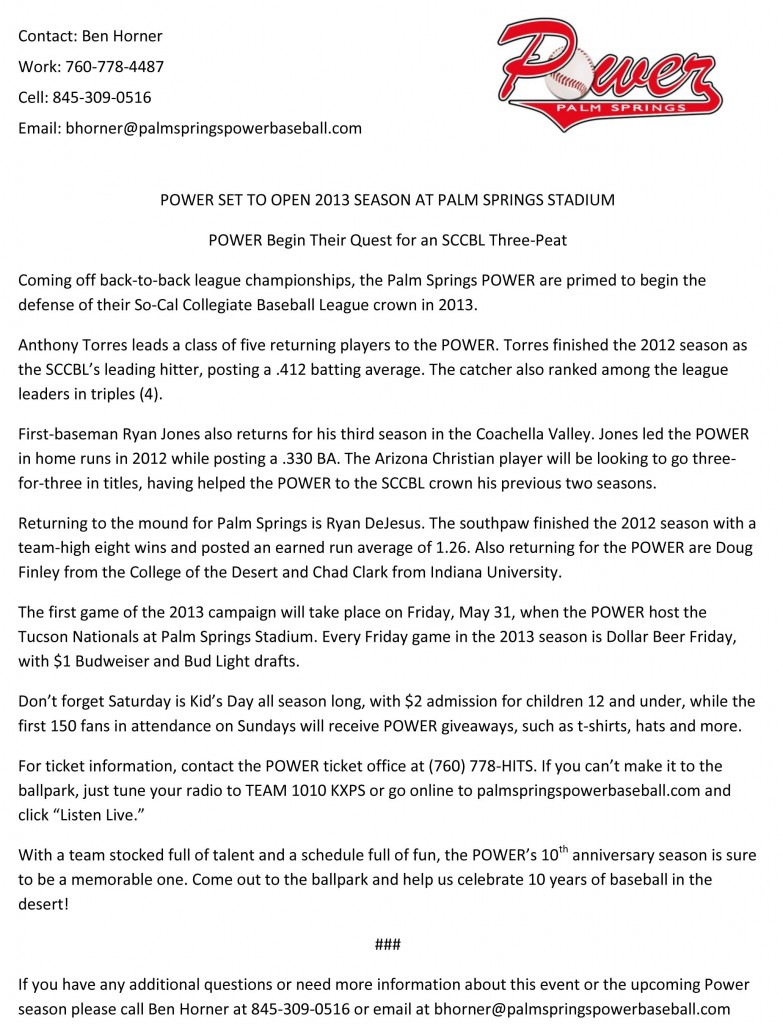