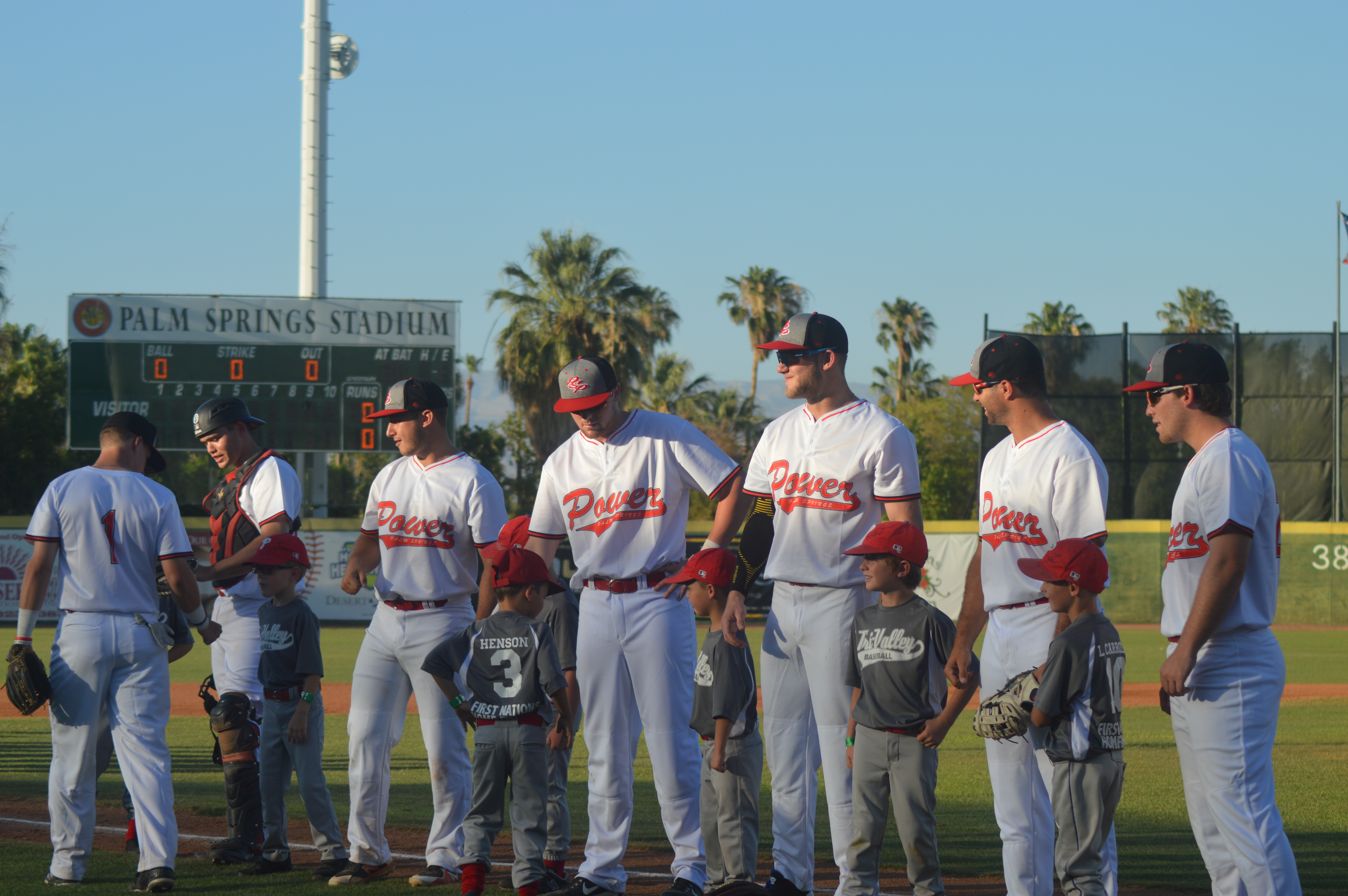 PALM SPRINGS, Calif. ~ As the 2018 SCCBL Playoffs approach Game One, the POWER concluded their regular season on Sunday night with a big victory over the San Diego Waves, 9-3.

Jack Metcalf (Erskine University) was given the ball for the season finale and tossed five innings, only allowing five hits and one run while striking out seven. The Waves struck first in the second inning following an RBI double from first baseman Marc Sauceda.

The Waves tied things up in the seventh following Jimmy McLenaghan’s RBI single off of Blakeney Kearbey (Harris Stowe). Shunto Kamoshida (Keio University) was called upon in a bases-loaded situation with two outs and he shut the door preserving the tie. The POWER blew the game wide open in the bottom half, scoring seven times to take a 9-2 lead.

The Waves would tack on a run in the ninth off of John Mauldin, but fell 9-3 to complete the 2018 regular season for the number one seeded Palm Springs POWER. Shunto Kamoshida earned the victory in his POWER pitching debut, and usual relief pitcher Cameron Sepede (UNLV) made a diving catch in left-field to end the eighth inning.

The POWER will take advantage of an off day and return to action on Tuesday when they head to Citrus College in Game One of the SCCBL Semifinals against the number four seeded Inland Valley Bucs.