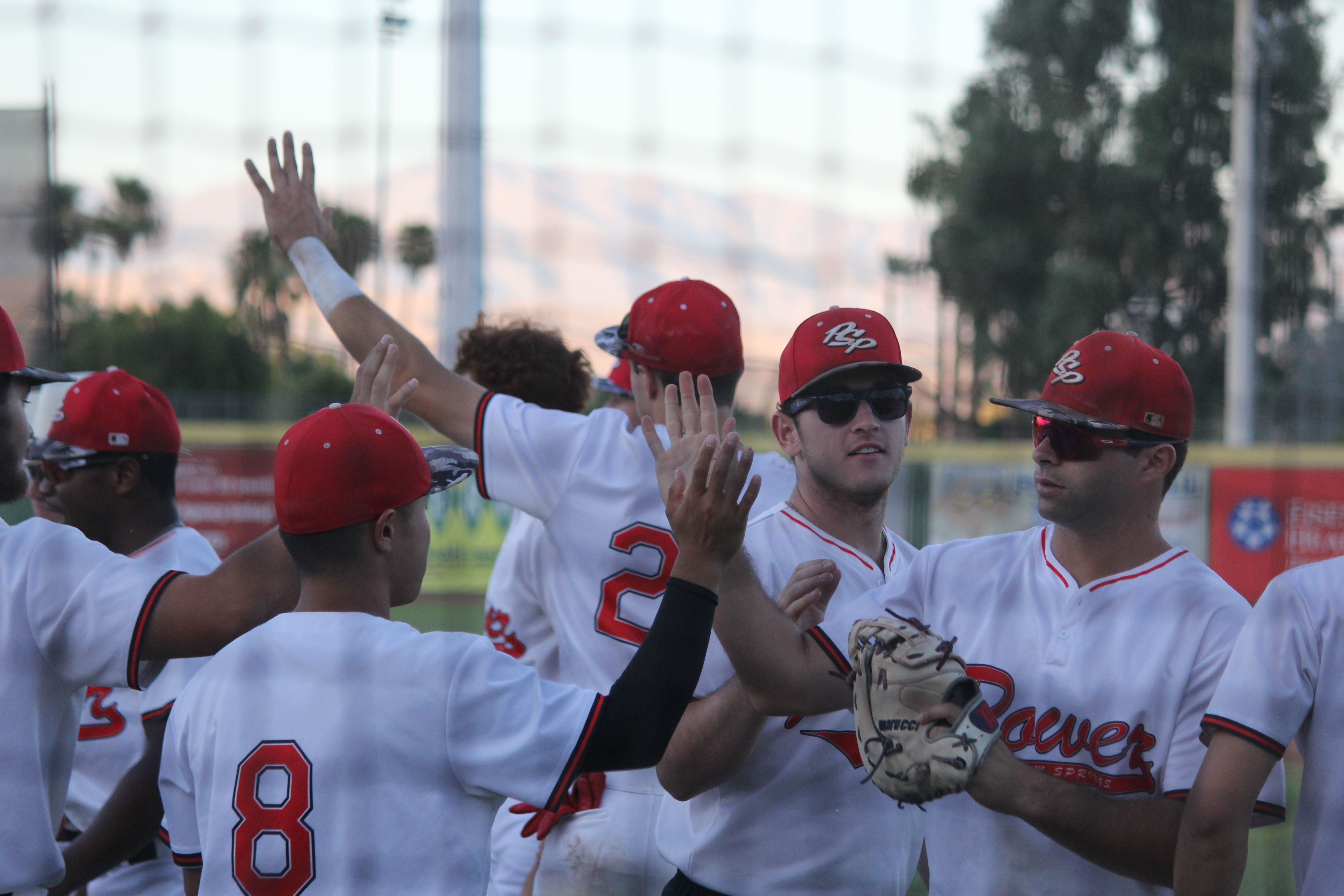 PALM SPRINGS, Calif.- The Palm Springs Power have won their 9th SCCBL championship in 16 seasons with their 8-1 victory over the 2018 champions, San Diego Force. This came after game one on the road, where the Power defeated the Force 8-5 at Madison High School in San Diego. The Power have cemented themselves as one of the best teams in franchise history, starting the season off 36-0 and bringing an SCCBL title back to its rightful home in Palm Springs.

Hayden Schilling brought a hot bat to the plate in his first start of the season at third base. Schilling batted 3-5, with a double and two runs scored. Landon Barns also had a three hit day, driving in three RBIs and scoring two runs himself.

The Power pitching staff was as dominant as ever and heavily assisted this Power team to victory. Jake Dahle got the start on the bump, terrorizing Force batters, only allowing five hits, one run and recording eight strikeouts. Michael Sebby came in as a reliever in the seventh inning to give up just two hits and tack on another five strikeouts. Finally the reliable closer, Darin May came in and recorded the most important out of the season; the last one, for his 27th strikeout of his 2019 campaign.

The final chapter of a storybook season has now drawn to an end, leaving a mark on everyone involved. The team will be remembered as one of the winningest in franchise history and use that momentum to load up and defend the title in the 2020 season.

The Power would like to thank all the sponsors and fans who have supported us throughout the season. Be sure to stay tuned with all things Palm Springs Power by following us on social media with Facebook, Instagram and Twitter