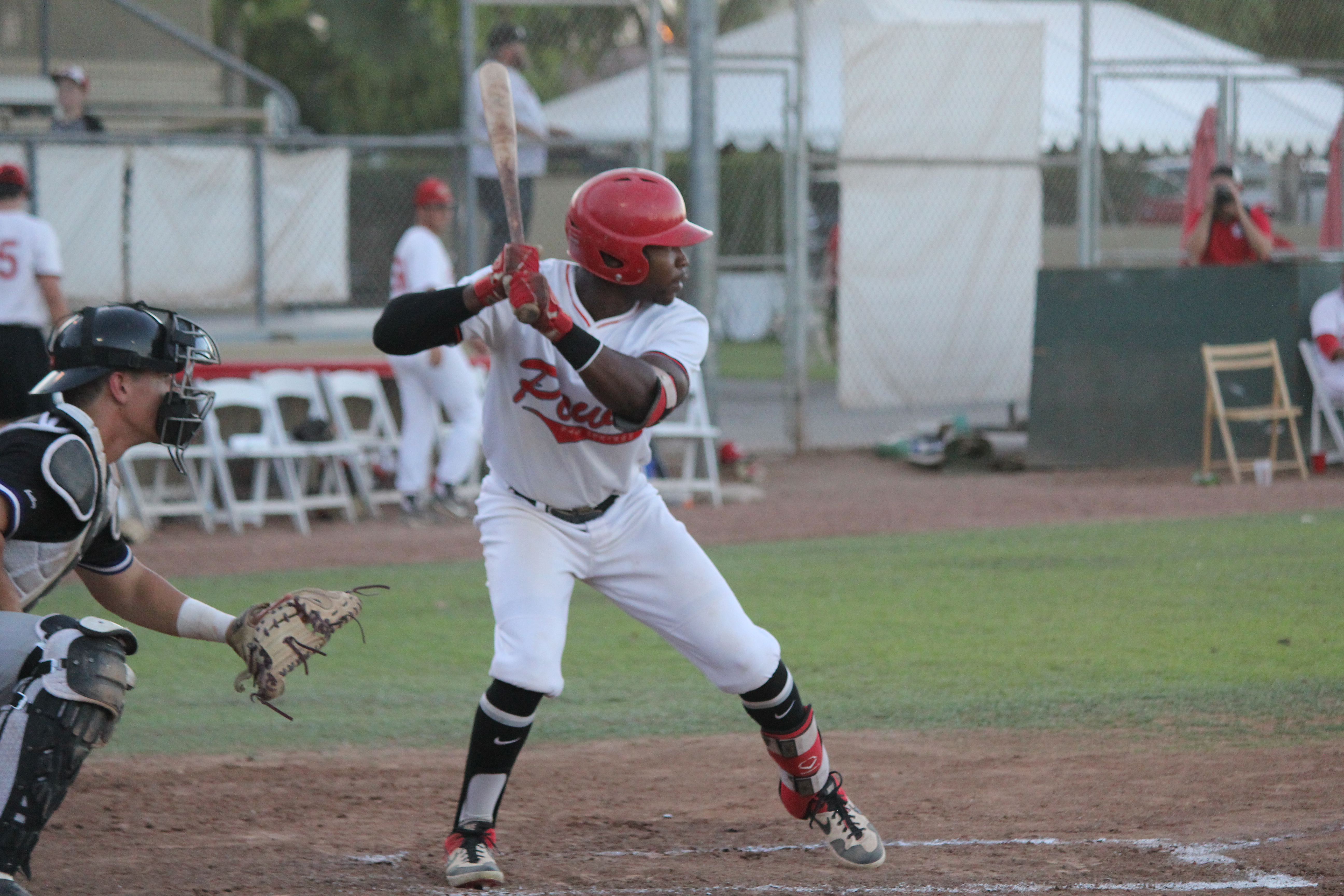 Palm Springs, Calif.~ The Power looked to clinch a spot in the championship series in game two against the SoCal Stros. After a rocky start to the game and the Power found their grove and cruised to a 12-4 Victory. The Power will take on the winner of tomorrow’s game three matchup between the San Diego Force and the Inland Valley Pirates.

The Power started off  by failing to record an out within the first six batters of the game and the starter, Travis Booth, gave up four runs on five hits and failed to record an out before getting pulled. Dustin Comeau came in the game and pitched five full innings of work and ended with eight total strikeouts. It wasn’t the game plan going into the game, but Comeau stepped up when his name was called and got the job done.

On the offensive side for the Power, most of the scoring came off of two innings. The Power scored five in the first inning, and it started with a Matt Green walk when the bases were loaded. Then, Jeramy Gaines hit a two run RBI double. The Power knocked in two more and led 5-4 after one full innings of play. After the first inning the Power didn’t look back from there as the scored 7 more runs in the game and won 12-4.

Jeramy Gaines started the game in left field, but his most important role came up at the plate where he was three for five with two RBIs and he was just a home run short of the Cycle. Matt Sosa was also three for five and had three RBIs of his own. Matt Green was zero for one, but ended the game with four walks.

The Power will be back in action, but on the road for the first game of the championship series. The location of the first game will depend on the results of tomorrow’s game three between the San Diego Force and the Inland Valley Pirates. Game two on Saturday will be back at home in Palm Springs with a first pitch of 7:05.