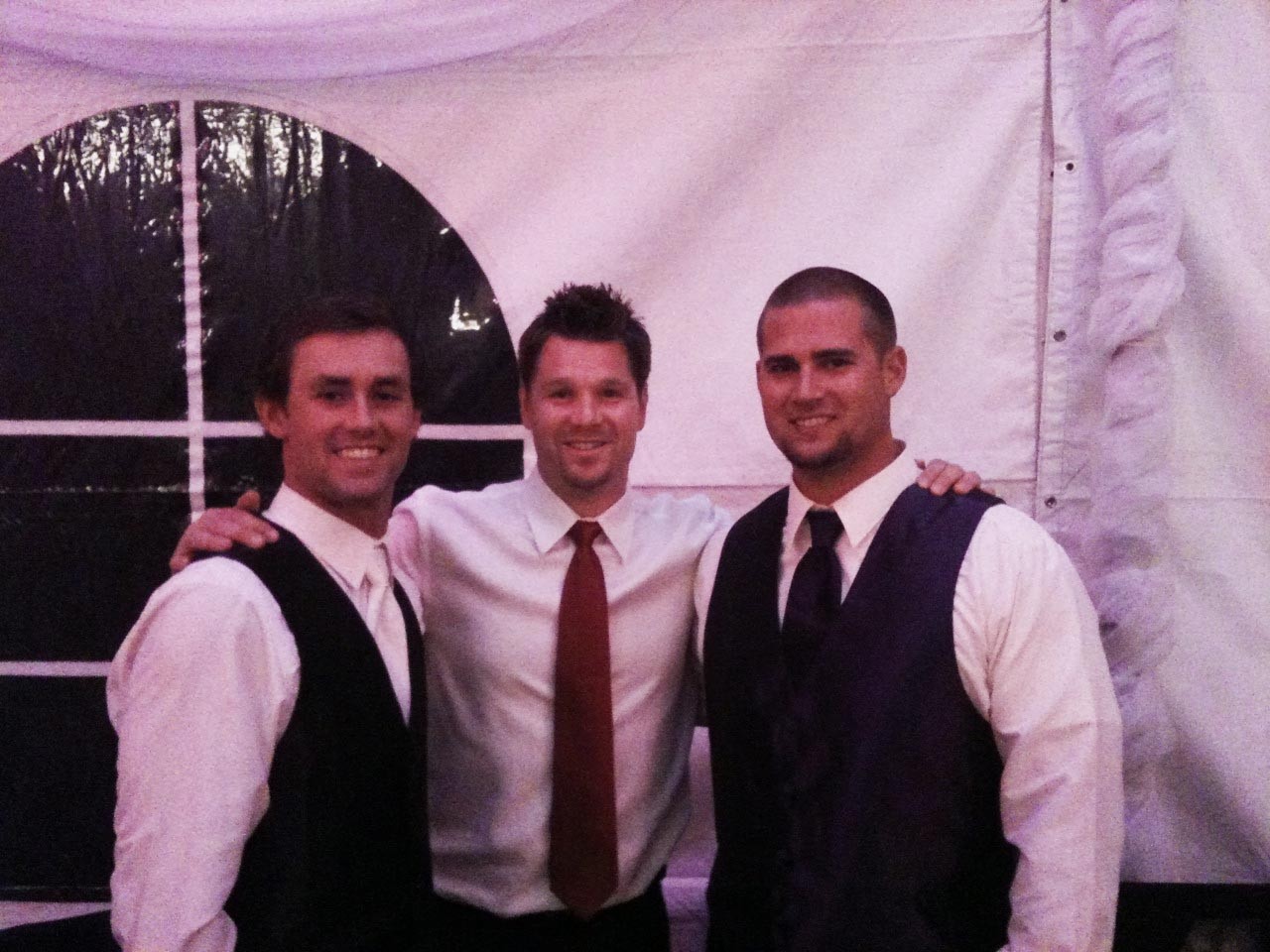 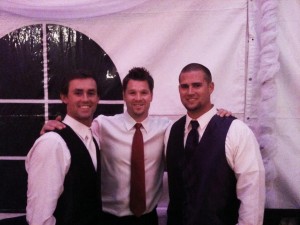 Power Owner/President Andrew Starke attended the wedding and is pictured with Kent and his brother and best man Kyle.  Kyle was a first baseman for the Power in 2005 and 2006.