2014 and 2016 Palm Springs POWER player, West Tunnell, was just signed by the Arizona Diamondbacks on Tuesday. He is pictured here with D-Backs’ scout, JR Salinas:

A Baylor graduate, Tunnell batted .313 with the POWER this past season in the SCCBL (Southern California Collegiate Baseball League). During his time at Baylor, he made the Big 12 Academic First Team twice, as well as making the Big 12 Academic Rookie team in 2013.

Despite spending most of his college career paying on the infield and the outfield, Tunnell was signed by the Diamondbacks as a pitcher. The details of the contract have yet to be released, but we will provide updates as they come out. Congratulations to West Tunnell on his continued post-POWER success. 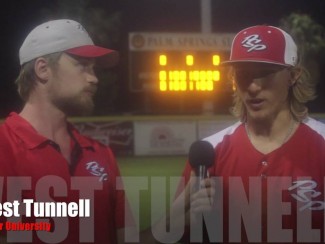 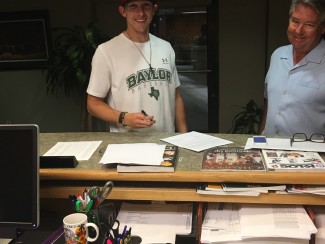