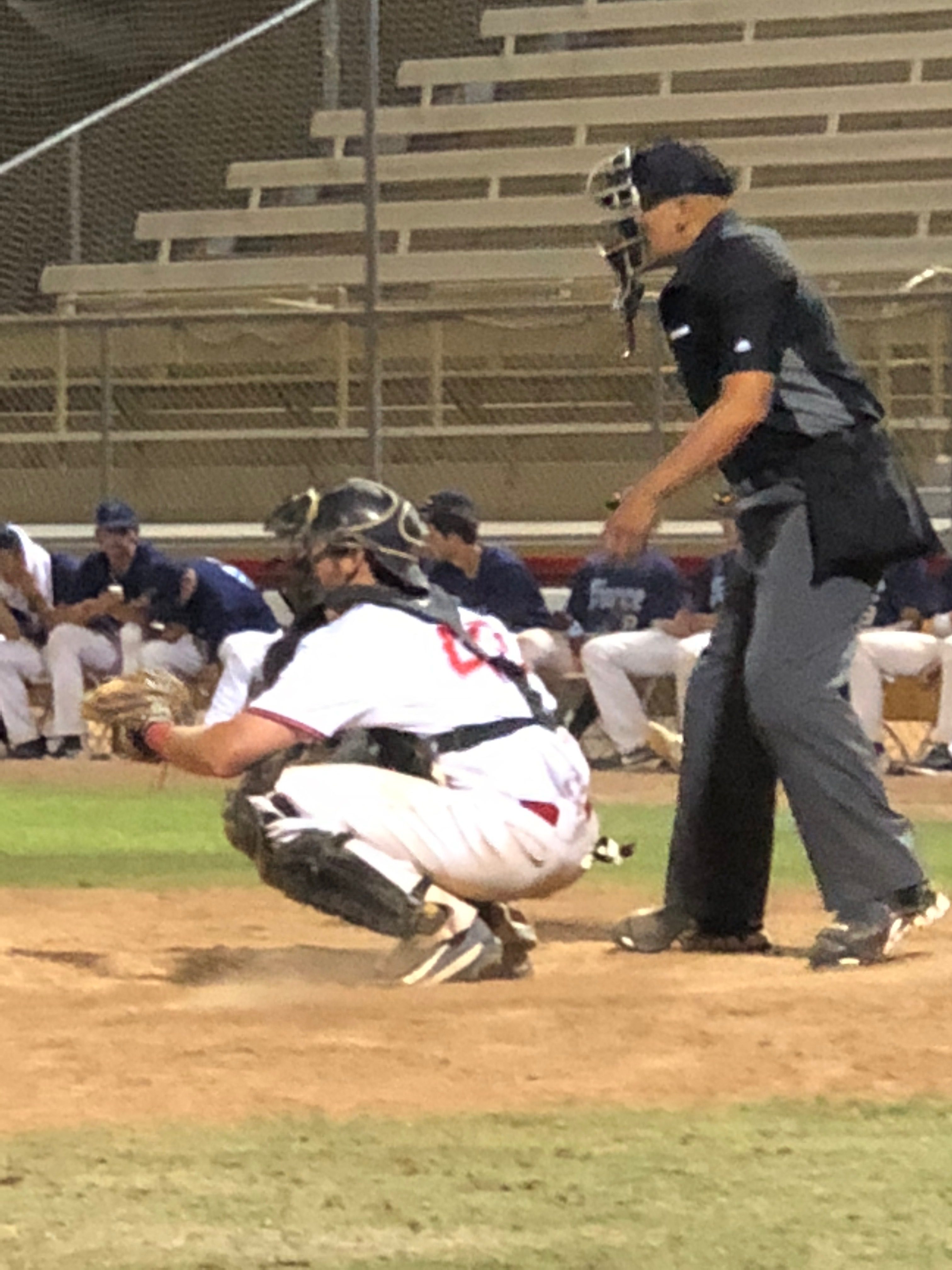 The POWER entered Wednesday night’s game tied for first place in the SCCBL with the Inland Valley Pirates. The POWER knew that they could seize sole possession of first place and win their season series against the Force with a victory. They found an unlikely hero Wednesday night, as former bullpen catcher Casey Combs (East Texas Baptist) knocked in four runs, all of which coming with two outs, and the POWER defeated the Force 6-2.

Combs had only donned a POWER uniform as a bullpen catcher prior to Wednesday’s matchup, but the East Texas Bapitst product got the call up and impressed in his debut. The POWER trailed 2-1 when Combs stepped to the plate in the bottom of the fourth and gave the POWER a lead they would never relinquish, driving in two runs to put the POWER ahead 3-2. The freshman delivered again in the sixth, smoking a single into the gap that drove in two more POWER runs, putting the game out of reach.

Ben Nisle (Purdue) has started to come around after a slow start to the season. The highly-touted Purdue freshman tore up NCAA tournament play prior to his arrival, going 7-11 with 7 RBI in three regional games. The Purdue Boilermaker has now returned to form, recording three hits on Wednesday night to make it two multi-hit games in his last three starts.

Starter Naithen Dewsnap (Cal St. Bakersfield) was pulled from the game in the fourth inning with the POWER trailing by two, but the bullpen rallied and kept them in the game by posting six scoreless innings. Chad Boudreaux (East Texas Baptist), Caleb Mitchell (Mercer), Cameron Sepede (UNLV), and Darin May (Cal Poly Pomona) combined for seven strikeouts and only two hits, holding the Force offense in check to secure the victory.

After an off day tomorrow, the POWER are back in action for a three game series with the So Cal Bombers beginning on Friday night. Join us at Palm Springs Stadium on Friday night with the first pitch coming at 7:05 PM. Gates open at 6.