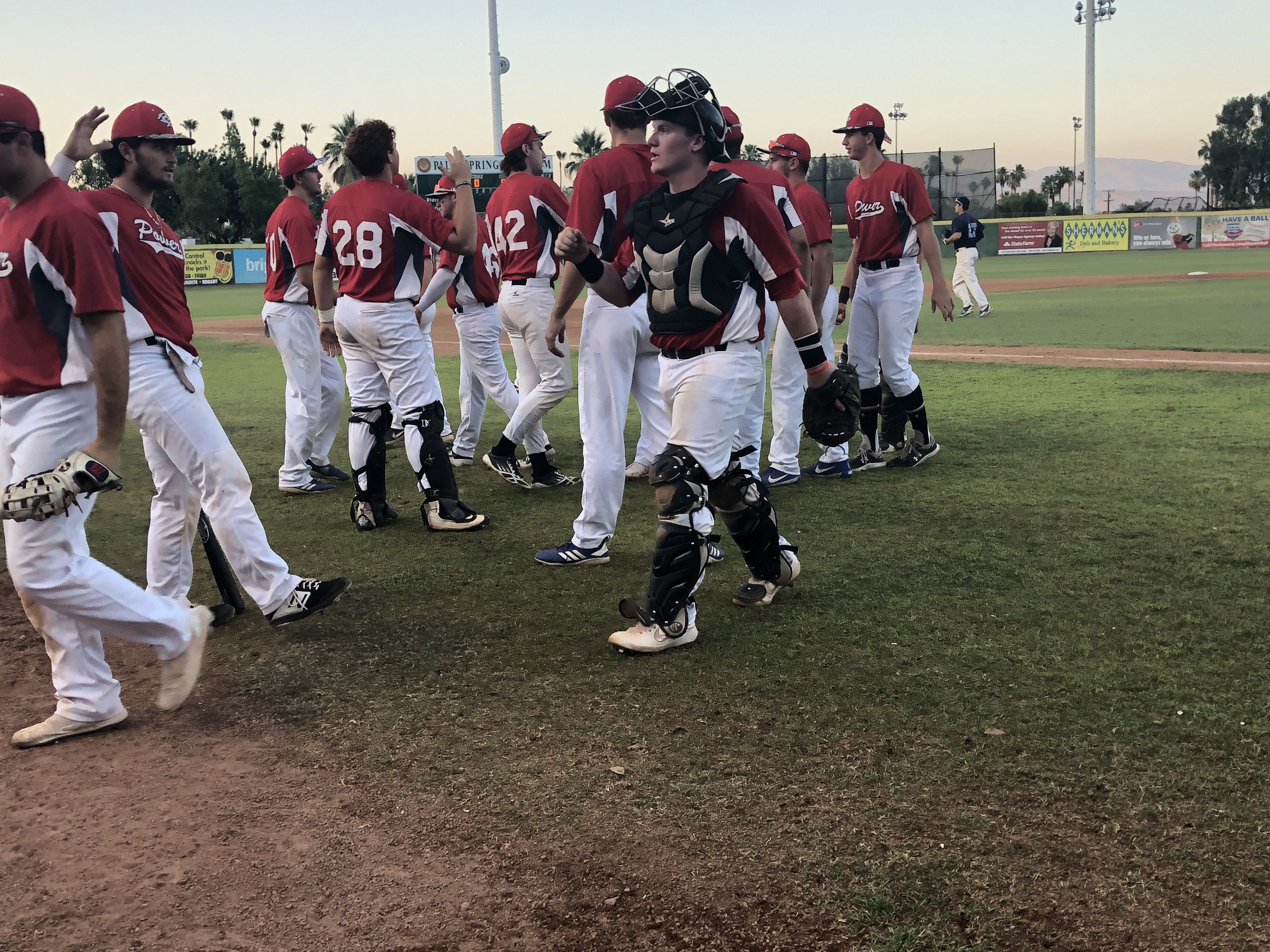 PALM SPRINGS, Calif. ~~ The Palm Springs Power looked to tie a franchise record of 17 straight wins to start the season. The record was set by the 2006 team and later tied by the 2017 team. The 2019 team looked to join them in the record books as the San Diego Force came to town. When the last out was recorded, the Power won 10-4 over the San Diego Force.

The game started off on a good note for the Power as they scored three runs in the first inning. Brett Young started off the game by taking one for the team and getting hit by a pitch. With Hobbs Nyberg at the plate Young made it all the way around to third on a pass ball. Nyberg hit him home with a sacrifice fly out to center field and the Power scored their first run of the game. They would add on two more when Matt Green hit in Jayden Kiernan, and Austin bull would hit in Green.

Steve Boscia was the man on the mound tonight for the Power and he didn’t disappoint. He wasn’t the dominating double digit strikeout guy tonight, but he was an artist out on the mound getting batters to chase pitched down in the zone. Boscia recorded a lot of groundouts and finished with six innings pitched, three hits against him, and no runs scored. Darin May got his chance in the ninth and got it done one, two, three.

Some other offensive highlights included a four for five performance out of Austin Bull. All four of his hits were RBI singles. Jayden Kiernan was 2 for 2 and crossed home plate twice. Kiernan also got it done behind the dish and cut down a runner trying to steal second. Matt Green was two for four and had two RBIs as well.

The Power look to write themselves in the record book on Wednesday night as the take on the SoCal Sparrows in their first meeting of the season. The Power will be going for their 18th straight victory which would set an all time record for the best start to a season. Wednesday is also Family Appreciation Night where all tickets will cost just $1.