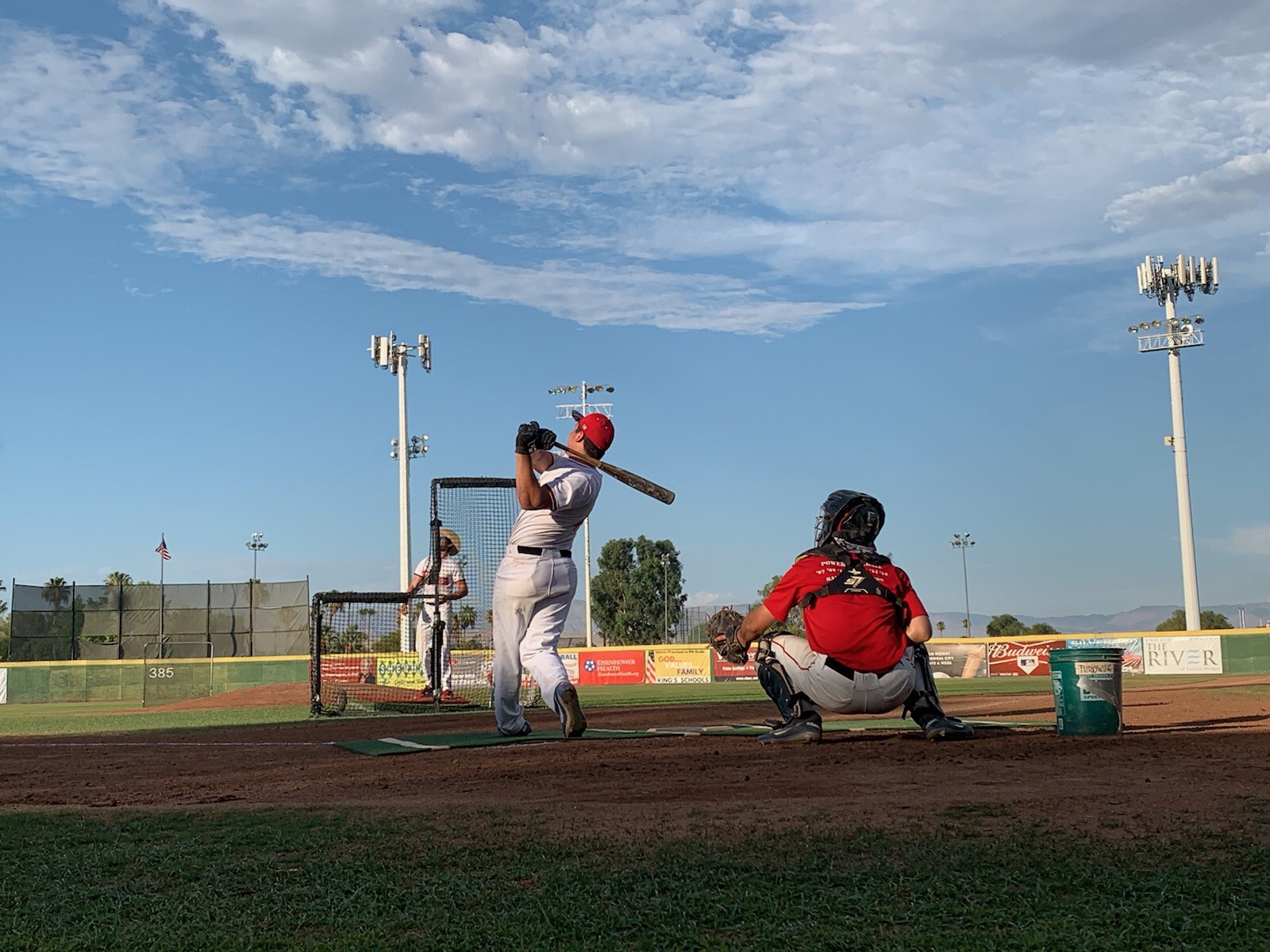 PALM SPRINGS, Calif. ~ Before the East and West divisions of the Southern California Collegiate Baseball League (SCCBL) met for the 2019 All-Star Game at Palm Springs Stadium on Saturday night, players from around the league flexed their muscles in the Home Run Derby.

The Palm Springs POWER’s Ryan Sepede led the event off with six bombs in the first round, which earned his ticket to the final round against SoCal Stros OF Evan Banks, who ripped seven shots. Sepede and Banks both blasted 11 homers in the championship round to force a three-swing playoff. Sepede roped one on his first swing way beyond the wall in left-center, but was unable to capitalize upon the next two. Banks took advantage and emerged triumphant as he cranked two dingers on just two swings to walk it off.

The POWER All-Stars suited up for the East squad in the All-Star Game which followed, and emerged victorious 10-6 with hefty support from the home squad on both sides of the dish. Darin May came into close in three-up, three-down fashion with two Ks after Landen Barns and Matt Green each had shutout innings on the bump previously in the ballgame.

Trevor McKinley started in right field and went two-for-four at the plate with a double and a stolen bag. Austin Bull and Matt Sosa turned in two RBIs each in a big five-run bottom of the fifth for the East with a single and double, respectively. Brett Young, also a starter, also logged a solid performance for the POWER bats as he went two-for-three with a stolen bag and two runs scored.