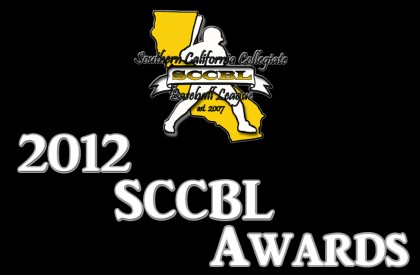 Klein, who attends the University of Nevada, posted a .369 batting average while collecting six doubles, one triple, two home runs, driving in 28 and scoring 27 runs in 36 games. In addition, Klein also had four outfield assists.

The Las Vegas native started the season slow, hitting just .282 in the month of June. However, he heated up with the weather in July hitting .492 over 16 games.

The right-hander started six games for the POWER, three of which were complete-game shutouts. He pitched a no-hitter on July 3 against the Casa Grande Cotton Kings. That was followed by a shutout of the Legends the following week with 13 strikeouts. One week later, he shut down the Diamond Valley Sabers, striking out 18 hitters over nine innings.

Anderson was named SCCBL Pitcher of the Week three times this summer.

The All-SCCBL Team was also announced on Tuesday. The league champion, POWER, led the team with seven members. In addition, five players from the Legends made the squad. Below is the complete team: