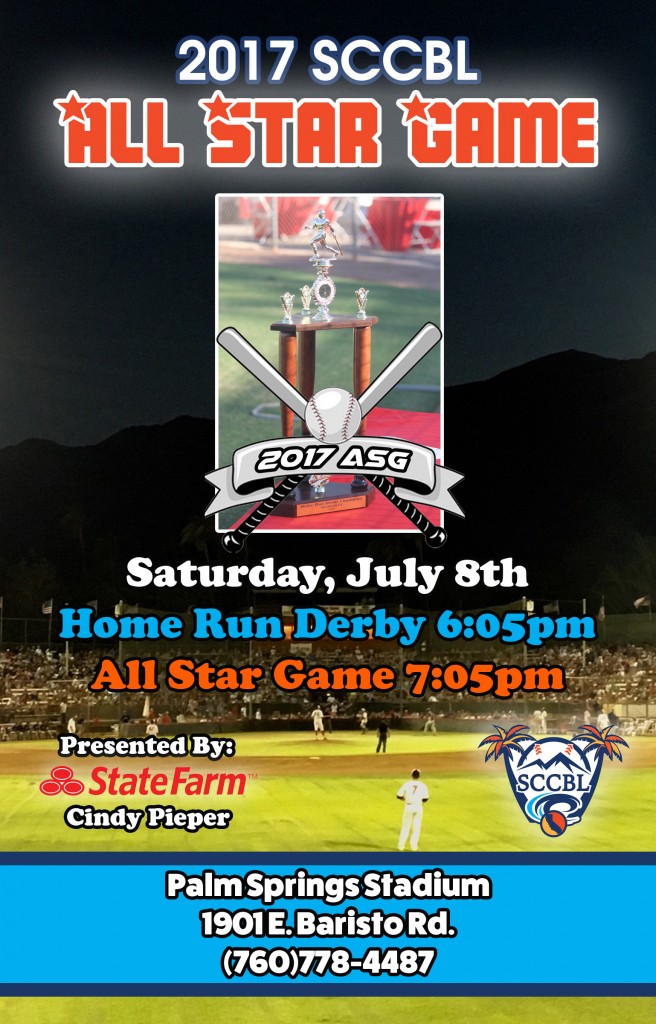 By Steve Sitter and Clinton Cole

There will be plenty of players to look for during the All-Star Game, as well.  Cody Ducote (University of New Orleans), representing the POWER, enters the game with a .481 batting average, twenty-two RBIs, and twenty-nine runs scored.  Aaron Meers (Neosho CC), representing the Bombers, comes in with a .362 batting average and a 1.124 OBPS.  Loska (Cypress College) has a .429 batting average to go along with his two home runs.  Avery Tuck (San Diego State) of the Force, a 2016 Houston Astros draft pick, has a .419 batting average and a 1.099 OBPS.  Hayden Pearce (Cal State San Bernardino), in twenty innings pitched, has a 1.80 ERA with a 25-2 strikeout to walk ratio.  Brandon Posivak (Lafayette College) of the Sentinels enters with a .600 slugging percentage.

The Home Run Derby will begin at 6:05 PM, to be followed immediately by the All-Star Game.  Tickets can be purchased at the gate of Palm Springs Stadium the day of the event.