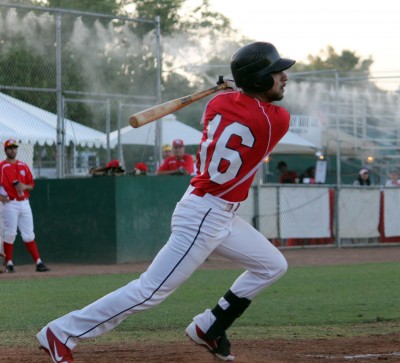 Nick Baker (2-0) got his second win of the season bouncing back after allowing three runs in the first inning with six straight shutout frames, including four consecutive 1-2-3 innings.

Chad Clark added two hits, including his third double of the season, and a walk for Palm Springs who capitalized on Team San Diego mistakes.

The POWER are back in action at Palm Springs Stadium on Wednesday as the High Desert Heat come to town on $1-admission night.

Notes: Team San Diego shortstop Shane Richins was ejected in the bottom of the seventh inning arguing a call at second base.