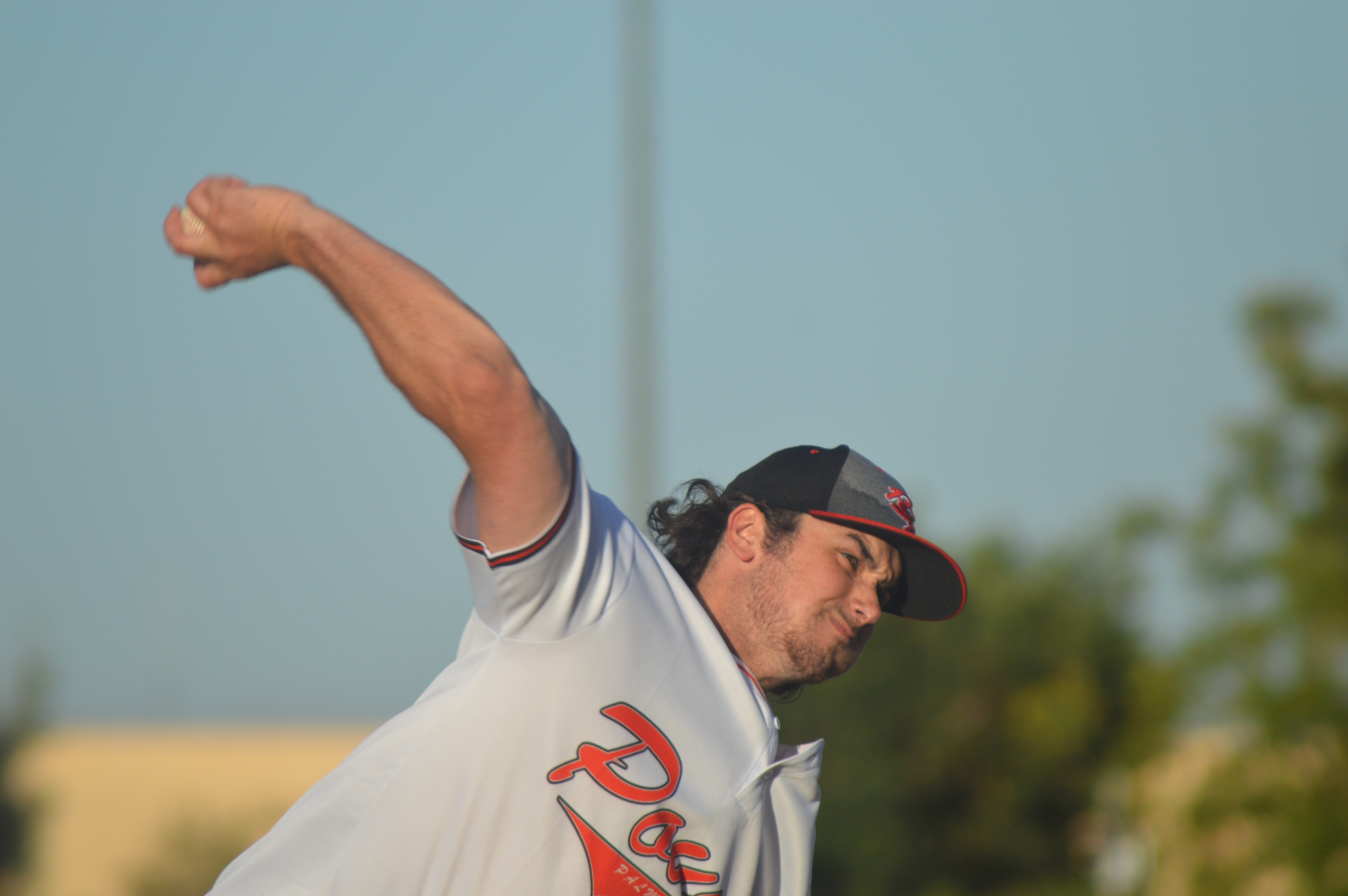 The Palm Springs POWER came into Friday’s game against the SoCal Bombers with a one game lead in the Southern California Collegiate Baseball League. After being down early, the POWER were able to rally back thanks to defensive mistakes by the Bombers.

It was the Bombers who struck first, with right-handed batter Colton Talton hitting a leadoff opposite field homer in the top of the second. They would score one more in the inning as Austen Salcedo would bring in Donovyn Curiel on a grounder to shortstop.

Talton would strike again in the top of the third, hitting yet another opposite field solo-shot to give the Bombers a 3-0 lead. The three runs would be the first POWER pitcher Jack Carberry (Western Illinois) allowed in conference play.

Bombers starter Micah Beyer tallied four scoreless innings, one hit and eight strikeouts. He would then be pulled after four and relieved by Adam Paulson.

The POWER got on the board in the bottom of the fifth thanks to a Dillon Sears (Western Illinois) sacrifice bunt, bringing in John Mauldin (University of New Orleans). It was then followed by a two-run triple by Austin Reyes (Santa Clara). Brady Shockey (USC) would then bring Reyes in and take the 4-3 lead after a blooper to center.

The scoring would not end there, as the POWER put up another run when two wild pitches by Paulson would move Sears from second to third, and then third to home to give the POWER a 5-3 lead.

Reyes would add two more insurance runs with a double in the bottom of the 8th, driving in Sears and Hunter Montgomery (University of Portland) to take a 7-3 lead over the Bombers

After giving up a leadoff single in the top of the ninth, Jack Metcalf (Erskine University) struck out the next two and forced James Arakawa to pop out to right field to secure the POWER’s victory.

Carberry, who ended up going 6.2 innings with three earned runs and three strikeouts, was the winnings pitcher. Paulson, who pitched the final four innings for the Bombers, was credited for the loss.

With the win, the POWER move to 8-5 in the SCCBL, while the Bombers dropped to 4-7. Join us tomorrow night at Palm Springs Stadium for game two of a three game series against the SoCal Bombers. First pitch at 7:05pm, gates open at 6:00pm.