PALM SPRINS, Calif. – The Palm Springs Power battle through a 6.9 magnitude earthquake in the fifth inning to move to 31-0 over the Ventura County Thunder by a score of 6-1. It was all Power all game as they jumped off to a hot start with four runs in the second inning, follow by two in the seventh.

In his first start of the season, Taichi Nakamura impressed going 3-4 with two RBIs and a run scored. Logan Williams also made an impact, driving in a run off of his only hit of the night.

Jesus Chavez was pumping on the mound as the starter, throwing 4.2 innings giving up one hit, one run and retiring five batters with strikeouts. Relievers, Landon Barns, Matt Green and Hayden Schilling kept the Thunder bats silent giving up a combined two hits and adding seven strikeouts to the total.

The Power will be back in action tomorrow night for game two of this two game series with the Thunder. It will be Kid’s Saturday brought to you by Desert Air, where all kids under 12 will get in for just $2. 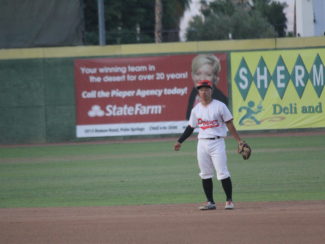 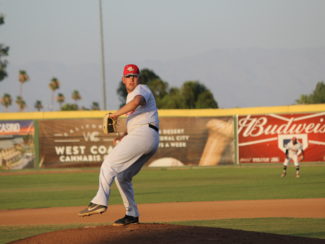