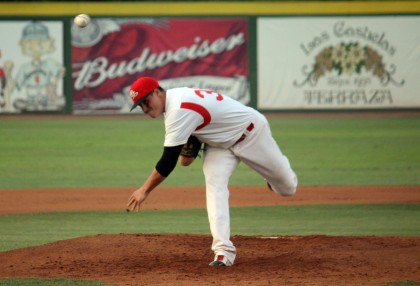 POWER center-fielder Hank Yates led all hitters going 2-for-4 with four RBIs and a run scored.

Third-baseman Chad Clark chipped in with two hits and two RBIs for a POWER offense that scored 23 runs on 25 hits in the series sweep.

Ryan Jones finished the scoring for Palm Springs in the seventh, crushing a Kevin Lopez breaking ball over the right-field wall for a solo home run. The long ball was his third of the season.

A trio of POWER relievers, Jake McCoy, Carlos Fuentes and Bill Olson, combined to complete the shutout of East LA.

The win was the 42nd of the season for the POWER breaking last year’s single-season record of 41.