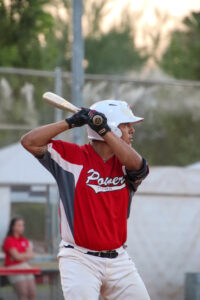 The Palm Springs POWER hung on to defeat the Pioneer Town Bootleggers 8-6 Tuesday night to win its sixth consecutive game. After allowing a run in the first inning, starting pitcher Evan Shaw was masterful over six innings in his winning effort. He allowed two unearned runs, recorded eight strikeouts, and issued only two hits and two walks. Joey Mazzetti pitched the next two innings, allowing two earned runs, and stranded the go-ahead runs in scoring position. CJ Broussard pitched one inning and stranded the tying run at the plate for the save. Emanuel Dean was the big man offensively for the Power. He recorded three hits and drove three runs, including a huge insurance run on a double in the eighth inning. The Power are back at it at home tomorrow night as it aims to win its seventh game in a row. 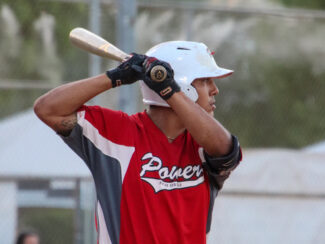