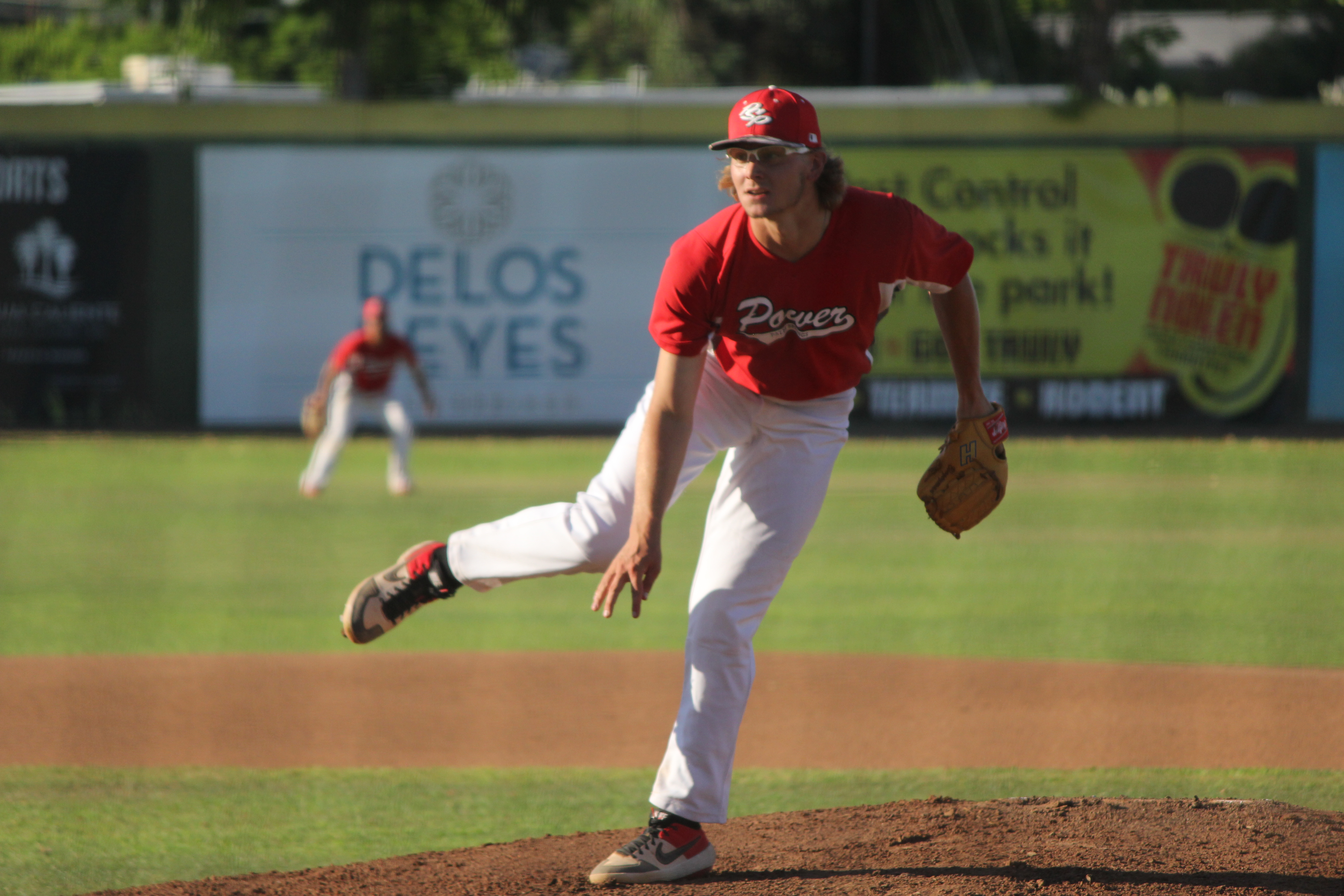 Palm Springs Calif. ~  On Independence Day in Palm Springs, the Power get their 30th straight win, 7-5. They had to battle through the Palm Springs Collegiate League All-Stars, who were giving it their all to create an upset.

The Power starting pitcher, Jack Jett, struggled in the top of the 1st inning where he allowed 2 runs in the first innings. After, PSCL All-Star Bryan Leef started off the 3rd inning with a hit and stolen base. Leef, who also plays for the Power, later came around and scored to make it a 3-0 game in favor of the All-Stars.

The All-Stars took the lead late into the game 5-3. After All-Star pitcher, Cole Martin, loaded the bases, the Power capitalized on some pitching mistakes to take a 6-5 lead. The Power would add one more in the 7th via a Kyle Johnson double where Hobbs Nyberg would score the last run of the game.

The Power bullpen was on tonight. Michael Sebby came into the game during the top of the seventh innings and pitched six outs, five of them being by a strikeout. Then, Darin May came into the game for save and he didn’t disappoint. He Strikeout the side in order to end the game and give the Power their 30th straight win.

The Power are back in action Friday night to take on the Ventura Country Thunder. First pitch is at 7:05 p.m. and the gates open at 6:00 p.m. Be sure to follow the power on Facebook, Instagram, and Twitter for up to date news and information.