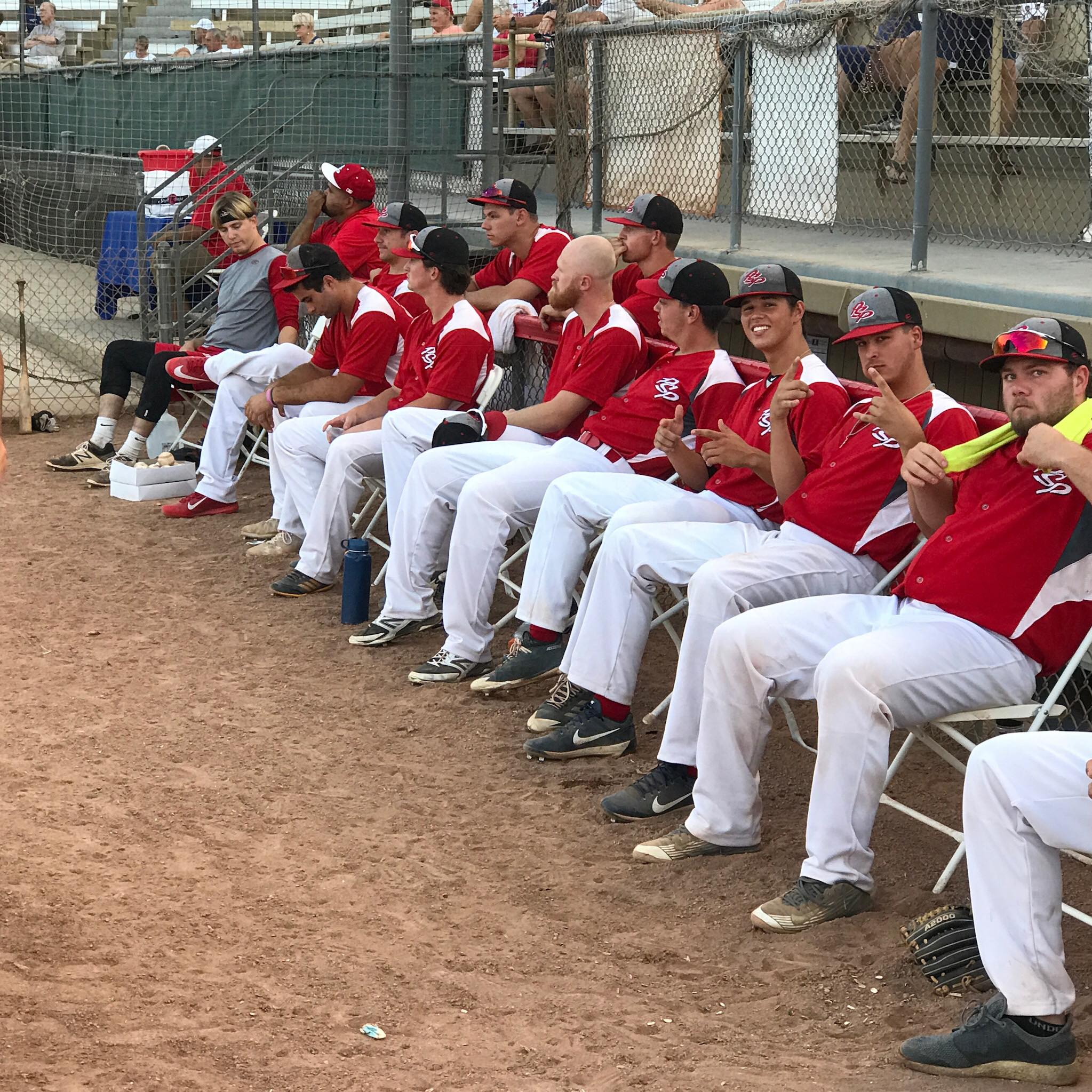 PALM SPRINGS, Calif. ~ The Palm Springs POWER have been on an absolute tear and that didn’t stop this evening with a 14-1 shellacking of the Idyllwild Grizzly, thanks to another outstanding pitching performance from Jake Repavich (Grand Canyon University) and a big day on offense from John Mauldin (University of New Orleans).

The game started off quickly as the POWER rattled off four runs in the first off of Grizzly knuckleballer James Holle. Brady Shockey (USC) drove in two with a single following a couple of hit batters. Holle struggled with his command early on and Mauldin took advantage in the second inning, ticketing a ball just underneath the scoreboard in left-center field for a two-run blast and a 6-1 lead. Mauldin would clear the bases in the seventh with a big three-run triple to make the deficit even bigger and finish the evening 2-for-5 with five runs batted in.

Jake Repavich silenced the Grizzly bats all night, tossing a cool seven innings only allowing two extra-base hits and striking out two. Zack Novis (St. Mary’s) would shut the door on the Grizzly and notch the rare three-inning save in the 14-1 victory.

The POWER are back in action tomorrow night against the California Jays at 7:05 PM. Tomorrow is Family Appreciation Wednesday brought to you by Jack in the Box, meaning everyone can get into the ballpark for just one dollar! Gates open at 6 PM.