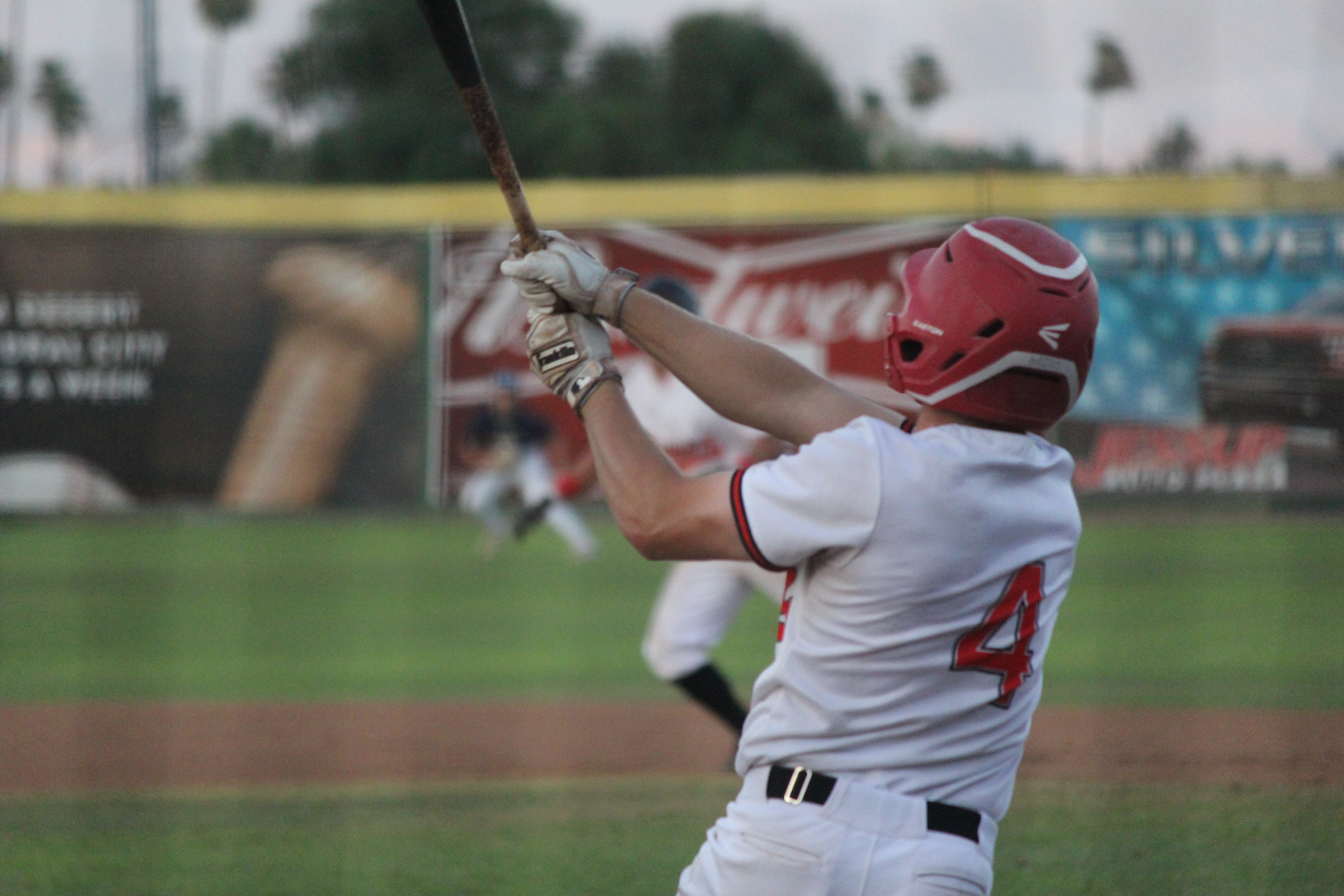 Palm Springs, CALIF.~The POWER earned their 32nd win on the season after defeating the Ventura County Thunder 14-2! Jake Dahle pitched 6 innings, striking out 4 while only allowing 1 run. Dahle earned his 4th win on the season to remain a perfect 4-0 on the season!

The POWER erupted for 14 runs, scoring a run in 8 of 9 innings! Jeremy Gaines lead the POWER going 2 for 2 with a triple and a double. Ryan Sepede as well had abig night going 2 for 3 with 2 RBI’s. Even the pitchers got in on the offense as Michael Sebby reached base with a walk, then stole second base. Jesus Chavez earned his first base hit as a POWER player to keep the pitchers a perfect 1 for 1 on the season at the plate!

The POWER have an off day on Sunday but will back in action on the road Monday to take on the Inland Valley Bucs. The POWER will return home on Tuesday to take on the California Jays in a two game series. Fans at the ballpark can enjoy $2 Tuesdays where Bud and Bud Light Drafts are only $2!