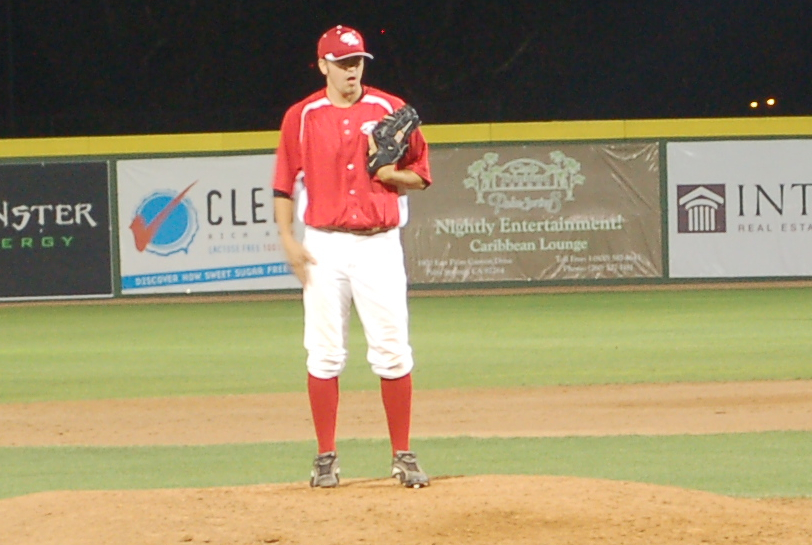 PALM SPRINGS, CA – The POWER improved to 5-2 overall and 3-0 in conference play Saturday night with a 12-3 victory over the East LA Dodgers. It was Palm Desert Youth Sports Association Night at the park, and the POWER put on a show for the kids; every spot in the POWER lineup scored a run, as the team knocked around the Dodgers pitchers for 15 hits and drew five walks.

The Dodgers struck first in the second on an RBI-double from Pedro Aldape, but the POWER quickly responded, batting around and putting four across in the bottom of the third including RBI-singles from Evan Boyd (JR, Mercer University) and Frankie Torres (JR, Riverside CC). Palm Springs led the rest of the way, despite a near comeback from the Dodgers who made it a 4-3 ballgame after scoring one in the fifth inning and one in the sixth. 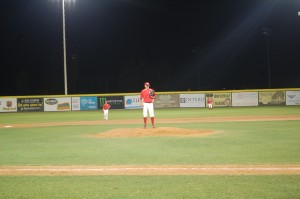 The fifth inning output from Palm Springs broke the backs of the Dodgers, as the hometown POWER put their patience to work, pushing across five runs on just one hit and four walks.

Catcher Carney Chamberlain (SO, Contra Costa College) led the way for the POWER with 3 RBIs in a 2-for-5 night; he also scored a run. Ryan Jones’ (JR, Ventura College) streak of seven consecutive hits came to end, but the Ventura College Pirate did extend his hitting streak to three games with a 1-for-3 effort. Alex DeLeon (JR, University of Kansas) collected his fourth double of the season in a three-hit effort, and Justin Cureton (JR, Indiana University) put together his third straight two-hit ballgame, going 2-for-5 in the number nine slot in the order.

Ty Wilson took his first loss of the season for the Dodgers falling to 0-1, and Julian Esquibel (SO, Palomar College) picked up his first win, improving to 1-1 in the early going.

The POWER take on the So Cal Athletics Sunday night at 7:05 pm on Bark in the Ballpark night at Palm Springs Stadium. The POWER beat the A’s in their first meeting 15-5 Wednesday evening.  Casey McCarthy (0-0, 3.0 IP, 0.00 ERA) will likely toe the rubber for the POWER. The gates at Palm Springs Stadium will open at 6:00. All POWER games can be heard live on www.PSPBB.com, with select games simulcast on NewsTalk 920 KPSI Palm Springs.