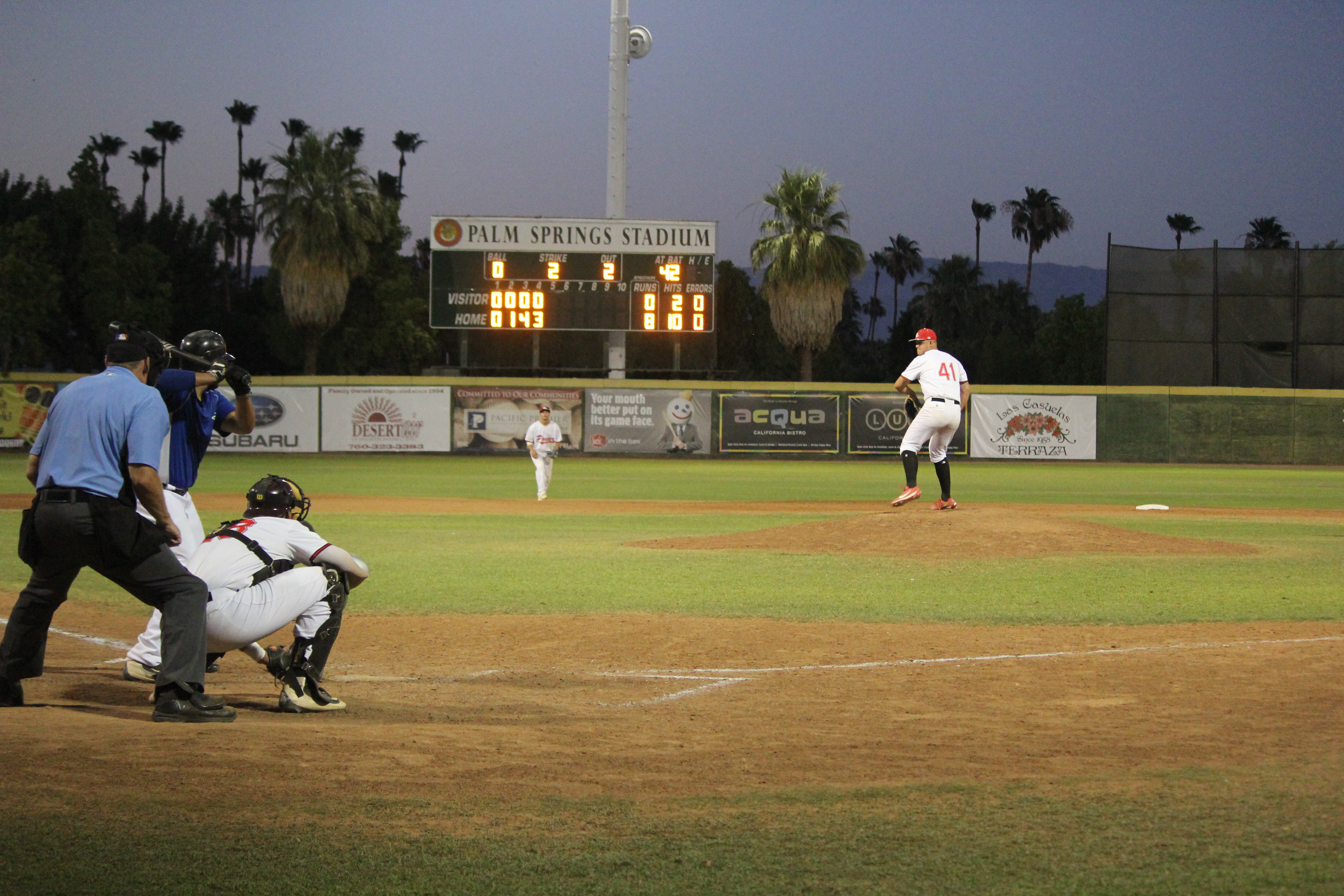 PALM SPRINGS, Calif.- The Palm Springs Power remain undefeated after a 13-1 victory over the California Jays. The Power now move to 26-0 as they extend their first place lead in the Southern California Collegiate Baseball League. After a tightly contested game one of the series, the Power bounced back to their typical dominance to outscore the Jays 26-5 in their last two meetings.

Peter Abinanti was the life of the party for the Power bats, going 4-5 with four singles, an RBI and a run scored. Power newcomers Bryan Leef and Leonard Jones made an impact in their first game going 2-3 and 1-1 respectively. Left fielder, Ryan Sepede capped off the night with a two run homer, his first of the season, to extend the Power Lead.

Starting Pitcher Travis Booth showcased his talent on the mound as he went eight complete innings. Booth only gave up five hits for one run, keeping his season ERA at an impressive 0.87 on his way to his fourth straight win.

The Power will play host to two separate teams tomorrow, as the SoCal Stros and The San Diego Force come to Palm Springs Stadium. The First game will begin at 3:30PM and the second at 7:05PM, with live broadcast for both on Facebook Live.