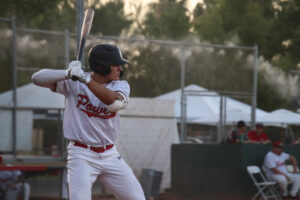 PALM SPRINGS, Calif – The Palm Springs Power came from behind to defeat the California Halos 18-6 in its second straight win, moving to 5-2 on the season. The Halos jumped out to an early 6-2 lead after three innings against starting pitcher, Eric Telarroja. The Power scored 16 unanswered runs in the 4th, 5th, and 6th innings. Joey Mazzetti capped a six-run 4th with a two-run triple, one of two hits Tuesday. Garrett Maloney threw five scoreless innings in relief of Telarroja, striking out 10 and picking up the win. The Power take on the Halos again tomorrow night at 7PM at Palm Springs Stadium looking to move to 6-2 for the 2022 summer season. 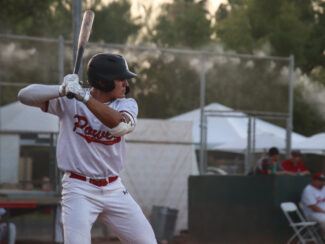