NO SIGNS OF STOPPING AS THE POWER IMPROVE TO 13-0! 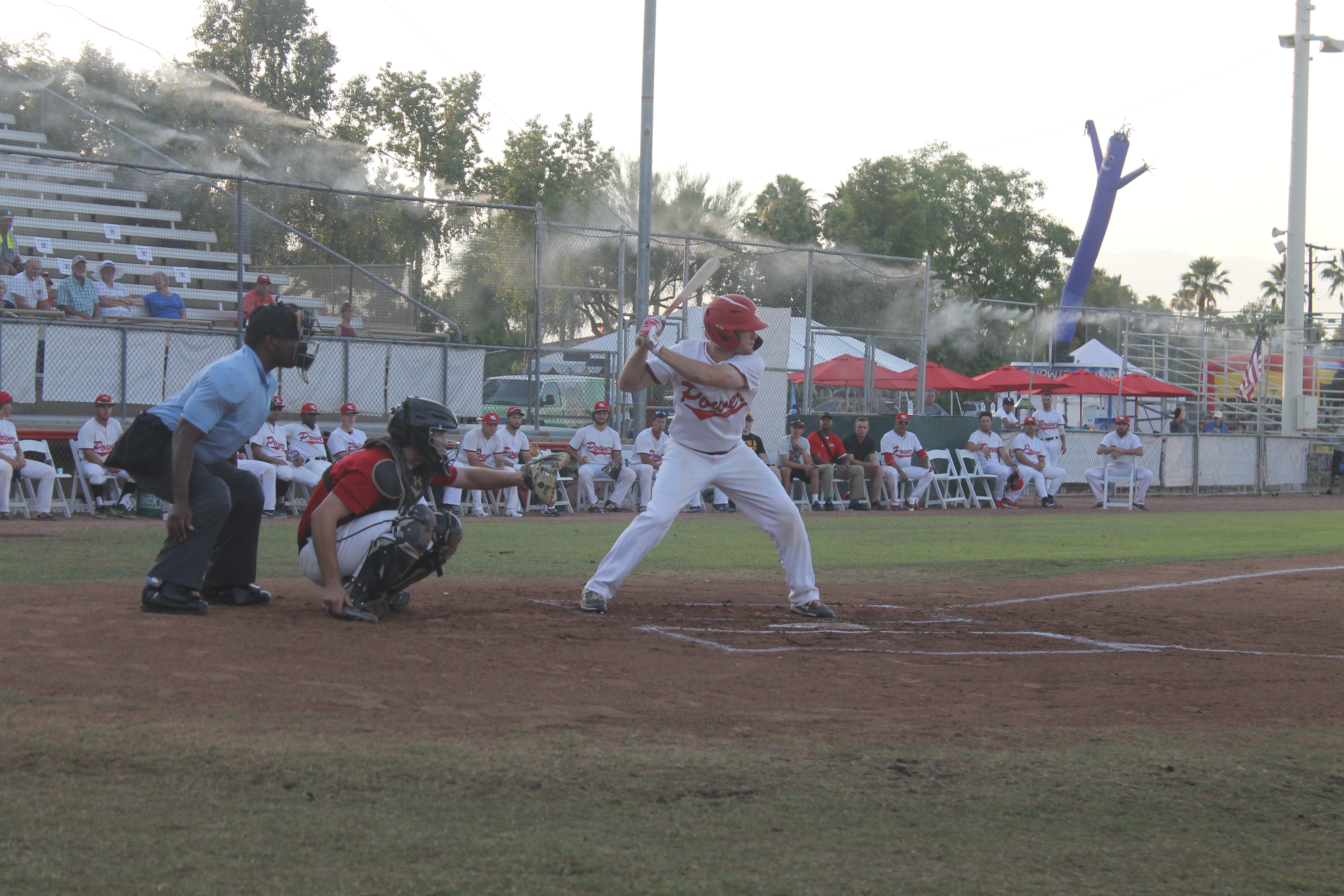 Palm Springs, Calif~ The POWER earned their 13th straight victory on Friday night, beating conference opponent the Inland Valley Pirates 5-1. The POWER got the scoring off early in the 2nd inning, scoring 3 runs thanks to a two out rally that was lead by Blake Daniels reaching base on an error, Austin Bull working the count to earn a 2 out walk, then Brett Young knocking both runners in with a two out two RBI double. The offense didn’t stop there, as Jayden Kiernan reached base in each of his at bats with 3 walks, and a single. Hobbs Nyberg also had a solid offensive night, walking twice and adding an RBI triple to his stat line. New comer Austin Bull of Grand Canyon University lead the team offensively with 3 walks, a single and 3 stolen bases while also showing off some solid defensive moves at short stop. On the mound for the POWER Jack Jett tossed 7 innings and struck out 6 in another 5 inning plus performance.  The POWER look to continue this hot start as they once again face the Inland Valley Pirates on Saturday to cap off the 2 game series and look to keep the good times rolling through Saturday and into their away game doubleheader against the San Diego Force on Sunday. Every Saturday at the ball park is Kids Day brought to you by Desert Air, where every kid 12 and under get into the ballpark for just $2!