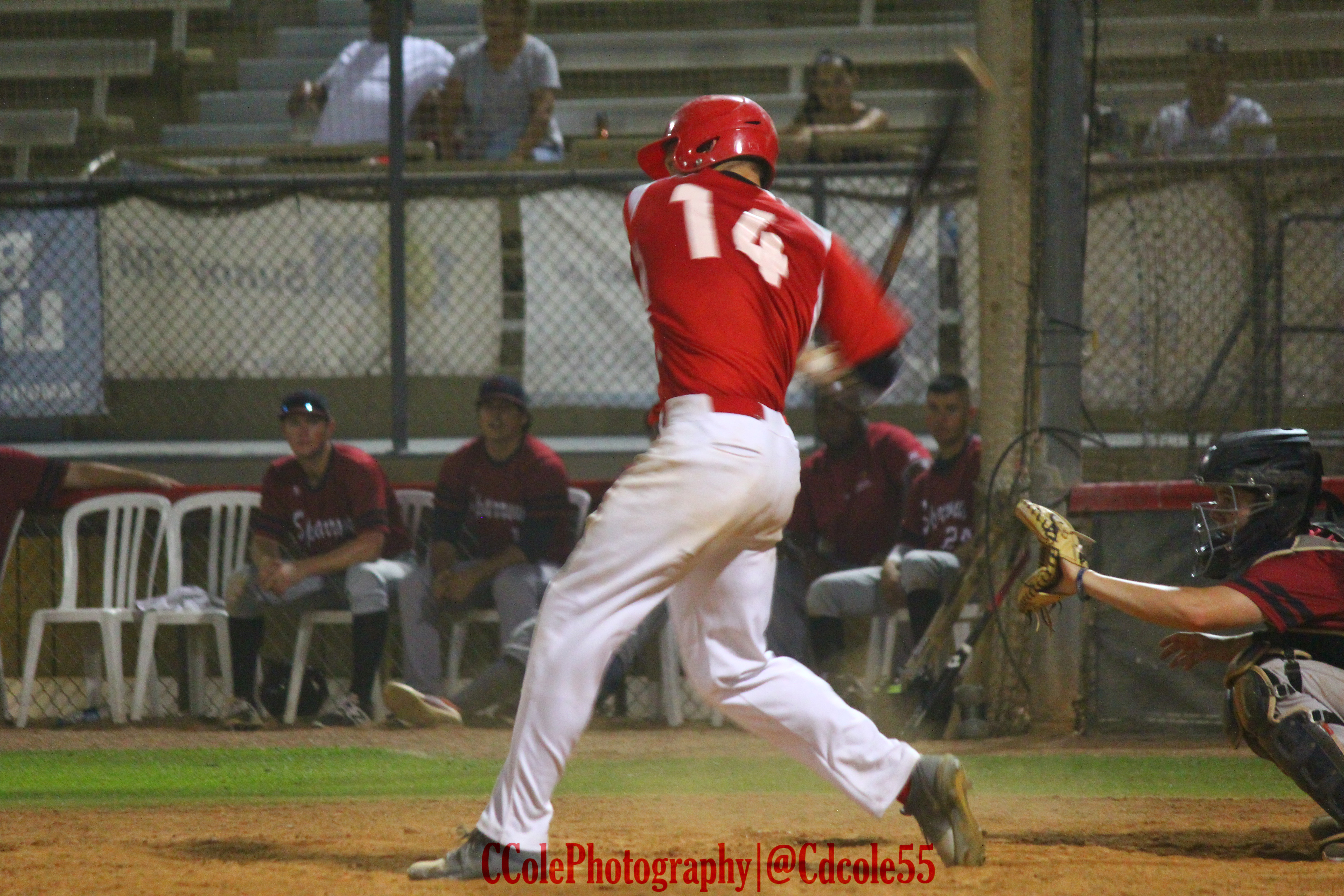 PALM SPRINGS, Calif. – The Palm Springs POWER defeated the Woodland Hills Sparrows on Friday evening 15-4, thanks to a solid first start from St. Mary’s lefty Zack Novis and a big grand slam from John Mauldin in the sixth inning.

The offensive game started early for the POWER, as they took a 2-0 lead following a Billy Johnson (York College) RBI triple and a Josh Falco (Chico State University) RBI single just four batters into the frame. Zack Novis was tasked with eating as many innings as he could in his first start of the season for the POWER and answered the call, pitching six innings and tossing four strikeouts. He gave up three runs, all of which were unearned, in the victory.

The Sparrows made their best comeback effort in the fifth, actually taking a lead of their own following a two RBI single by the nine-hitter Shoma Yoshida to make the score 4-2. The POWER would tie things up in the bottom half, thanks to a sacrifice fly and RBI by Taylor Grace (Michigan State), who finished the night 3-for-4 officially with a walk as well.

The POWER took the game into their own hands with a nine-run effort in the sixth, after they nearly batted around the order twice. John Mauldin (University of New Orleans) delivered a grand slam, his fifth home run of the year, to put the game out of reach for good.

Palm Springs defeated the Sparrows 15-4 in their only contest against each other this season. The POWER are off tomorrow night, but the SCCBL action continues as the 2017 Home Run Derby and All-Star Game will take place at Palm Springs Stadium, with all the action starting at 6:35. Ryan Mota (Cal Baptist) will be the POWER representative in the derby, so come on down to check it out!