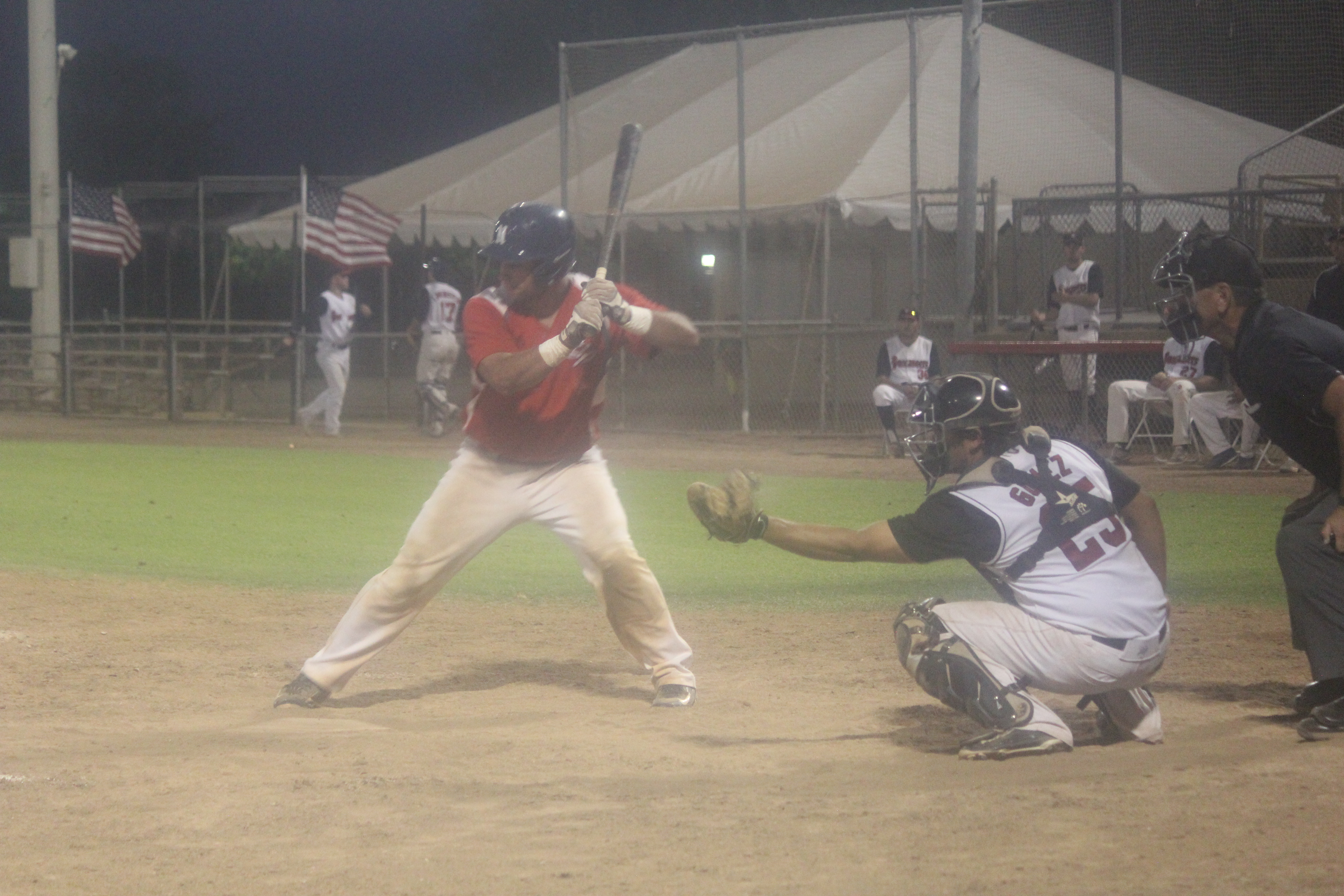 PALM SPRINGS, Calif.- With playoff seeding and a regular-season SCCBL title on the line, the POWER needed their best effort with the Inland Valley Bucs in town.

The POWER trailed the Bucs 6-5 heading to the bottom of the fifth inning, but that’s when the bats atoned for a couple miscues earlier in the field.

West Tunnell and Ryan Mota hit back-to-back RBI doubles to take the lead and Kaleb Foster, who homered earlier, laid down a perfect safety squeeze scoring Mota from third to give the POWER an 8-6 advantage.

“After that (error) you just kind of want to put your head down in your jersey,” said Tunnell. “It’s baseball; it’s a game of failure whether it’s on offense or defense. You come up to the plate and you just have to produce for your time. It was nice to come through.”

This back-and-forth ballgame saw four different lead changes in the first five innings before the POWER finally distanced themselves from a pesky Bucs squad that pounded out 13 hits but also committed seven costly errors that helped the POWER to a 15-6 win.

Head Coach Casey Dill wasn’t exactly thrilled with the starting pitching but was happy with the end result:

“CJ (Broussard) didn’t have his best stuff today.. missing up with the fastball against a good, fastball-hitting team. The big thing with tonight’s game was getting big hits with runners in scoring position. That’s been a big thing that we haven’t done a good job with this season. The defense could tighten up a bit better, but I’m never going to complain when we put up 15 runs.”

Foster, Tunnell and Mota weren’t the only ones in on the action tonight as John Mauldin and Brock Hale reached base a combined seven times, drove in a couple runs and stole a couple bases to continue their outstanding summer with the POWER.

The Bucs and POWER are back in action tomorrow night at 7:05 PM at Palm Springs Stadium.