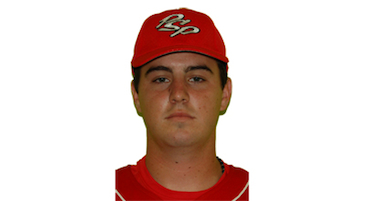 LOS ANGELES, CA — The Los Angeles Dodgers recently selected 2009 POWER outfielder Joeseph Winker as a June recipient of the Dodger Pride Award, a monthly award given out to standout players at each minor league level.

Winker, currently on the Dodgers’ Arizona rookie level team, hit .400 with two doubles, a triple–good for over an OPS of 1.002. He also stole a base and struck only six times in the month. 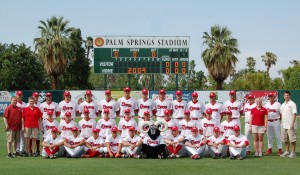 After a disappointing sophomore campaign for Mercer University in 2009, when Winker hit only .241 after being selected a Preseason Atlantic Sun All-Conference team selection, Winker resurrected his career in Palm Springs, taking the instruction from the POWER coaching staff back to Mercer, where he .292 with 15 doubles and 9 home runs, more than bombs than he hit his freshman and sophomore year combined. “Playing out in Palm Springs really helped. I didn’t always have the best day, but having the chance to go right back out there and [play] again the next day was great,” Winker said.

This spring, Winker helped lead the Bears to a regular season Atlantic Sun championship and post-season second place finish. He hit a team high .359, knocked out a career high 13 homers (second on the team), and finished second on the team in on-base percentage (.448).

Then on June 7, 2011, the second day of the 2011 MLB First-Year Player draft, the Dodgers made Winker their 28th round selection, the 854th overall pick. Just four days later, the parties agreed to terms and Winkler has been brilliant since.

“It is nice to go out and work hard everyday and be rewarded with success,” Winker noted. The POWER wish Winker continues that success and hope for the best in his professional career.