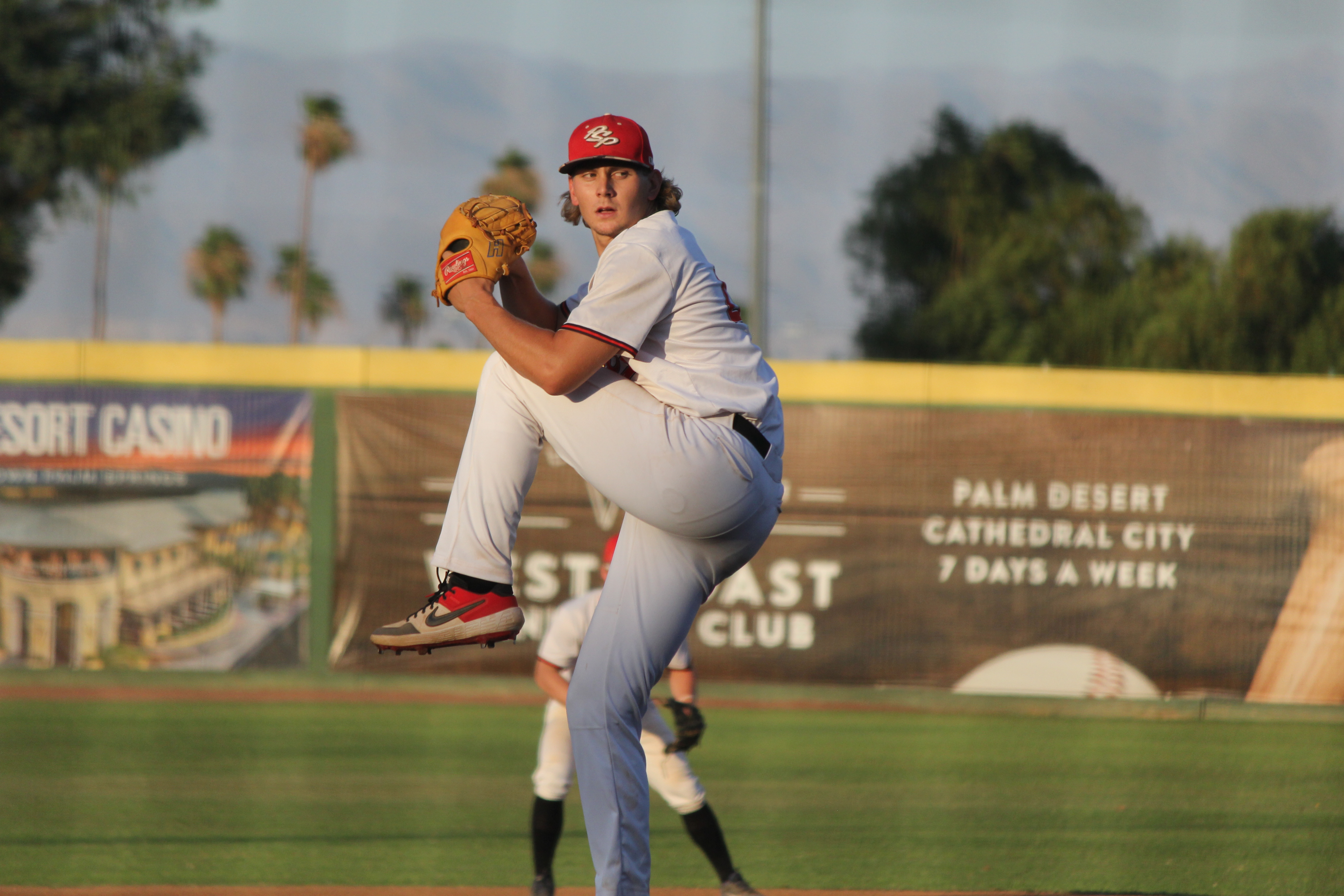 PALM SPRINGS, Calif. ~ The Palm Springs POWER delivered a commanding 17-2 victory over the California Jays on Wednesday night to complete a series sweep and earn victory number thirty-six, continuing their historic season (36-0). Jack Jett earned his fifth win of the season (5-0) as he dealt a one-hitter over five complete innings, in which he fired six Ks.

The POWER bats exploded as Ryan Sepede led the squad with a five-for-six, five RBI outing at the dish. This solid performance from Sepede included a double as well as a triple, one of three for the POWER on the night. Both of the others came from Trevor McKinley, who also came around for three runs. Logan Williams turned in more support at the plate, going four-for-five with a double, an RBI, and a couple of runs.

After an off-day tomorrow, the POWER will return to action on Friday at 7:05 against the Arroyo Seco Saints at Palm Springs Stadium. Join us here at the stadium for family fun for EVERYONE!