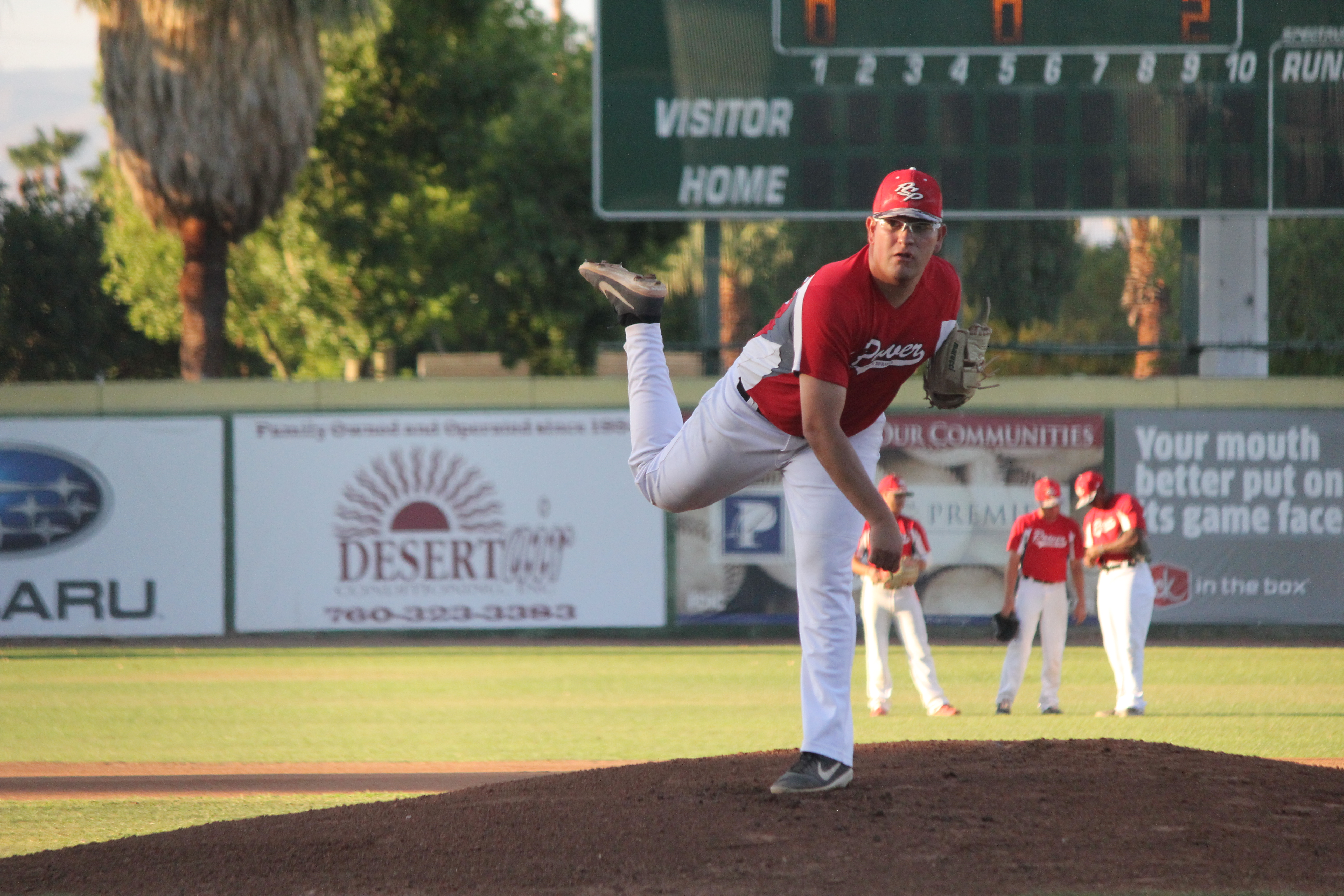 PALM SPRINGS, Calif. ~ The Palm Springs POWER rolled on for their 35th straight victory at home on Tuesday night, handing the California Jays an 8-4 loss in the first of a two-game set. Jesus Chavez earned his second win on the season as he dealt 11 strikeouts over five and a third innings.

After the Jays struck early with a run in the visiting half of the first, the Power fired back with a huge seven-run bottom of the first to take a lead from which they never looked back.

With two away, Hobbs Nyberg began the first-inning rally with an RBI single, and Matt Green followed with 2 RBIs of his own. Jeremy Gaines extended the two-out charge with a 2 RBI double — he finished two-for-four with three RBIs on the day.

The POWER seek 36-in-a-row and a series sweep of the California Jays tomorrow night at Palm Springs Stadium! Join us here at the stadium for ONE DOLLAR admission to catch your UNDEFEATED POWER!