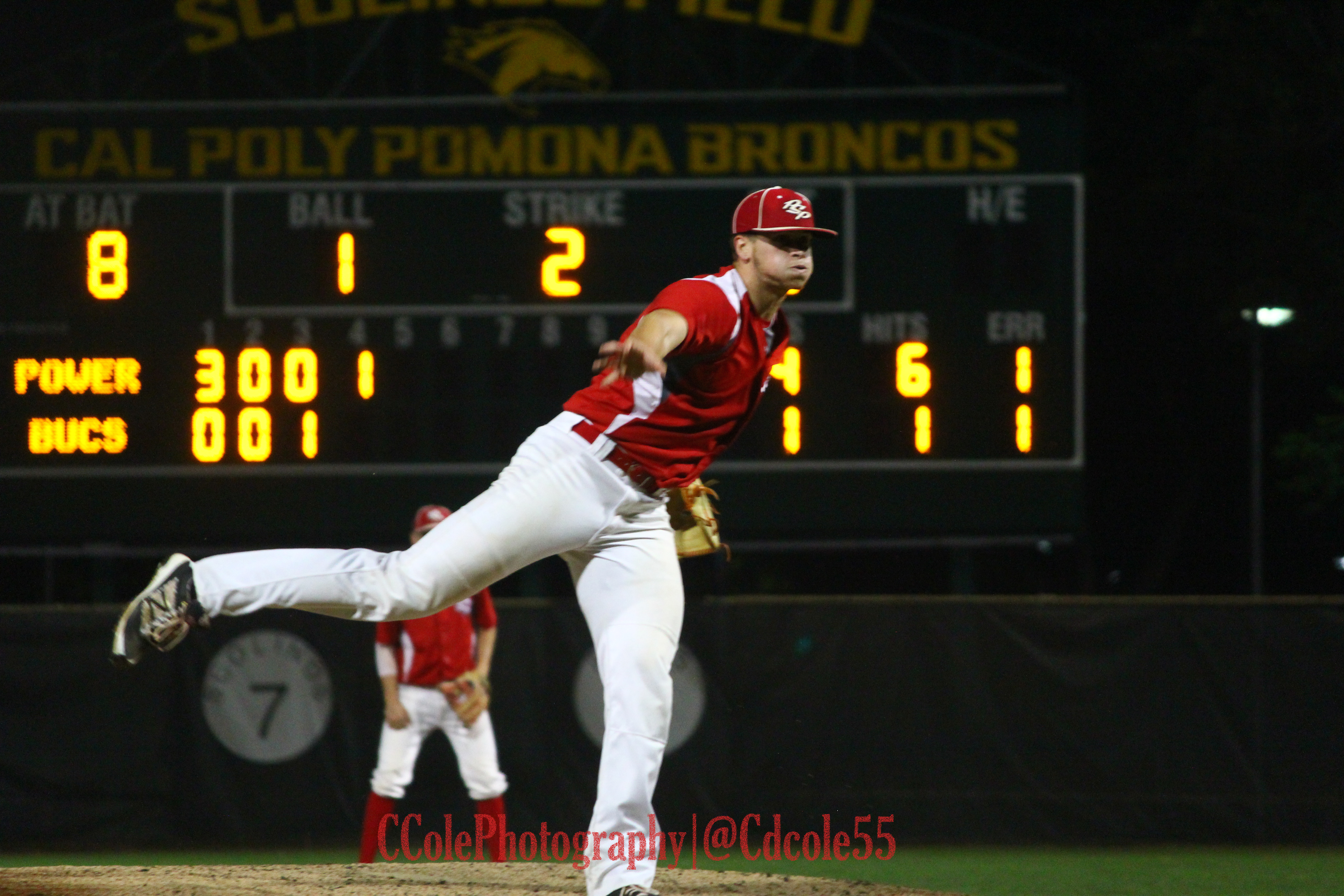 POMONA, Calif. – The POWER had an excellent showing for their first road double-header of the year, completing the season sweep of the Inland Valley Bucs with two wins at their home field by scores of 9-5 and 6-3.

Game one, the first game the POWER haven’t played under stadium lights, went scoreless through four innings thanks to excellent pitching from Steven Baker (Chico State) of the POWER and Gavin Velazquez of the Bucs.  The POWER would break the game open in the fifth, scoring four runs on four hits.  The Bucs would get one back in the bottom of the inning, but the POWER would put four more runs on the board on five hits in the seventh.  After another POWER run in the eighth, the Bucs showed some signs of life, putting up a four-spot of their own in the eighth, three off of a Johnny Juarez home run.  That would be the end of the late-game rally, however, and the POWER would take game one 6-3.

Skyler Hunter (Purdue) went 3-5 with three RBIs and one run scored.  Josh Falco (Chico State) notched his first two hits for the POWER, going 2-3 with two RBIs and three runs scored.  Baker would end the night throwing seven innings, giving up one run on six hits and striking out seven to earn the win.

Game two saw the POWER get out to an early lead as they put up three runs in the first inning.  The Bucs would put up a run of their own in the third, but the POWER offense was not finished yet.  Another run in the fourth and two more in the fifth would further extend their lead.  Two solo home runs, one for Jacob Doty and one for Christian Lyman, in the seventh inning would inch the Bucs to within three, but the POWER would hold on to that lead for the rest of the game.

POWER starter and winning pitcher Sawyer Gipson-Long (Mercer University) struck out an incredible sixteen batters in seven innings, giving up three runs on three hits.  Asked about his performance, he said, “I felt really good out there.  Hearing that sixteen K mark come up, I was really surprised.  I was just in the zone the whole game.”  Darin May (Riverside City College) earned the first save for the POWER since the June 11th.  John Mauldin (University of New Orleans) and Skyler Hunter were the only POWER batters to have a multi-hit game.

The POWER host the Southern Nevada Coyotes for two non-league games Tuesday and Wednesday.  The Tuesday game on the 4th of July, which starts at 6:05 PM, will be followed by a fireworks spectacular celebrating the independence of our nation at 9:45 PM.