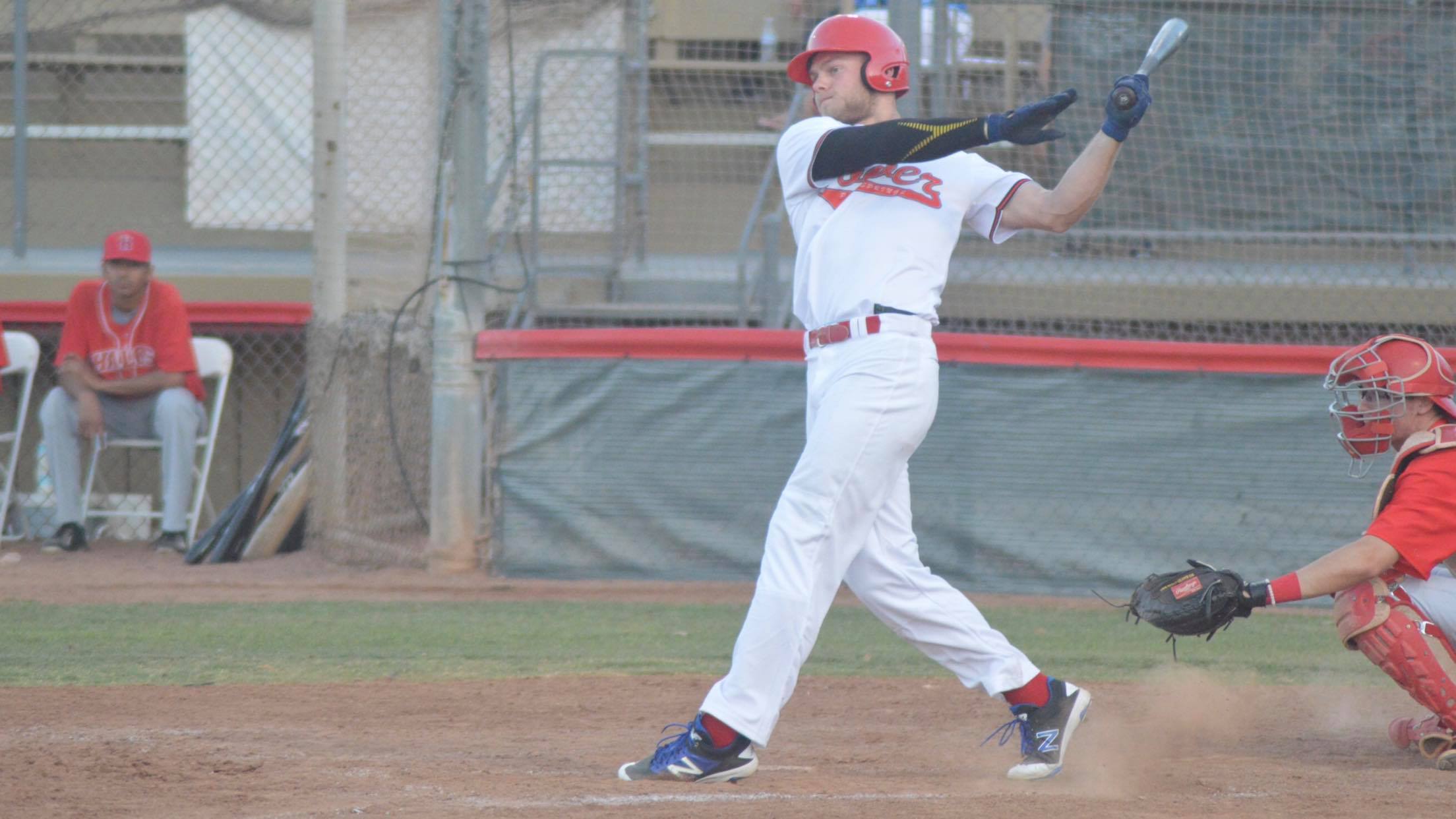 Andross started off his first outing as a starter with the POWER very strong, tossing four strikeouts while only walking one batter and seeing the minimum amount of batters through the sixth inning. After recording the first out in the top of the seventh, Bombers right-fielder Phillip Steering smoked a double over the head of POWER right-fielder Chris Dunn to break up the no-hit bid. Andross would finish the inning after allowing an RBI single to shortstop James Arakawa for the Bombers’ lone run of the evening.

Bombers starting pitcher Nathan Geissler pitched well, but not well enough as he finished his outing after four innings. The game was scoreless until the third, when UC Santa Clara infielder Austin Reyes recorded a sacrifice fly to left field to get things started for the POWER on offense. Taking a 1-0 lead into the fourth inning, University of New Orleans centerfielder John Mauldin drove in USC’s Brady Shockey with an RBI groundout to push the POWER ahead 2-0.

Reyes contributed on offense again in this one with a run of his own thanks to an RBI single by University of New Mexico’s Hayden Schilling. With a 3-0 lead in the sixth inning, Mauldin took advantage of the Bombers’ battery of Cody White and Andy Martinez wahen Martinez nonchalantly returned the ball to White after a pitch, meanwhile Mauldin snuck in with a speedy swipe of home, the third time he’s done so in a POWER uniform.

After Erskine University right-hander Jack Metcalf ran into a bases loaded jam with two outs in the eighth, POWER closer Darin May (Cal Poly Pomona) came in to record a four-out save to push the POWER to a league-leading 10-5 record in conference play and 21-5 overall. The POWER are back in action on Tuesday night with another conference matchup with the Riverside Bulldogs.