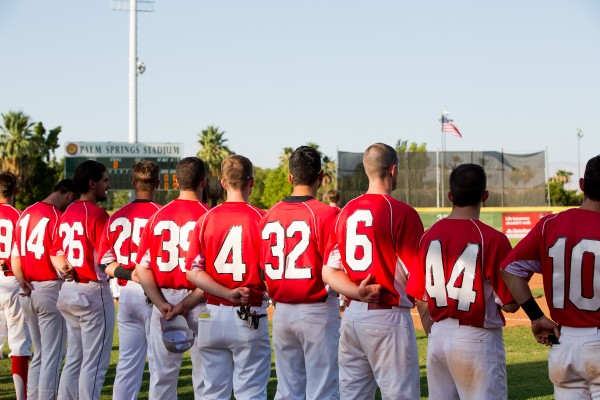 In case you missed it, last month POWER manager Harry Gurley announced that he will be returning for his final season managing the POWER in 2016. Gurley is the POWER’s winningest manager in club history with a 238-44 career record and seven SCCBL Championships under his belt. Joining Harry on his farewell tour will be some new and returning faces.

Dill will join the POWER coaching staff to act as their head coach for the 2016 season. While this is Dill’s first season with the club, he is no stranger to coaching baseball or even to the Palm Springs area. He has 11 years of managing experience with two other summer collegiate teams, the Springfield Sliders and the Nor Cal Pirates. In addition to his managerial experience, Dill also served as an instructor for the California Winter League (based here in Palm Springs) from 2012 to 2014. He will work under the tutelage of Harry this season to ensure the winning tradition of the POWER will continue for many years to come.

Coach Boetto returns after the POWER’s successful SCCBL Championship run last season. A graduate of CSU Fullerton, Bobb currently serves as an assistant coach at Riverside City College when he isn’t running the POWER Youth Academy here in Palm Springs. Coach Boetto is both a player and fan favorite, and he will be back for his 3rd season with the POWER, serving as one of our assistant coaches.

Coach Murphy is the newest name to join the 2016 POWER coaching staff, bringing his talents to Palm Springs after coaching for Henderson State baseball in 2014 and 2015. During his time with Henderson State, Murphy was part of a coaching staff that saw their club get ranked #5 nationally among all NCAA Division II schools. In addition to coaching, he played four years as an infielder for the Oklahoma Wesleyan Eagles from 2010-2014. Coach Murphy will bring an injection of youth to the POWER staff, completing what should be a well-rounded stable of coaches for the 2016 season.